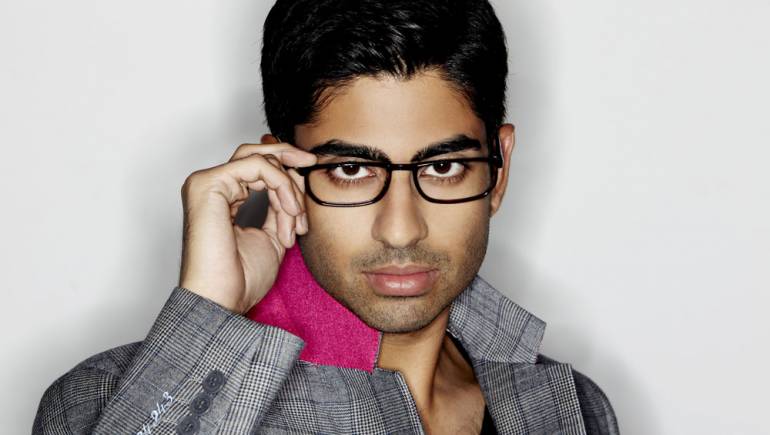 Once upon a time, a North Carolina grad student with a golden voice crooned his way out of term papers and into the hearts of American television audiences, not to mention the sensibilities of jaded American Idol judges. Anoop Desai made it all the way to sixth place in the hit TV talent contest; now, two years after his fairytale ended, a new one begins with the launch of his innovative Zero.0 project.

Desai alternately calls the project a mix tape and an EP, but what Zero.0 really represents is a fresh start. For one thing, it marks his first foray into solo songwriting and co-producing. For Desai, whose previous writing efforts were collaborations, the experience was liberating.

“When writing by myself I find that I’m a lot more creative, actually, because I’m not worried about an idea getting shot down or someone not liking something that I’m bringing to the table,” he observes.

“I think so often when you’re co-writing you come into the writing session with an idea of what the song should be,” he adds. “This can be frustrating when I’m writing about a specific instance in my life and you know the other person is not keyed in to what you’re talking about — they’re not you, they don’t know your experiences. So while I still like co-writing for certain projects and certain sounds, for other things I’ve really found that writing by myself is almost a freeing experience. You can feel alright about failing.”

Desai learned a lot from his American Idol beginnings, chief among them being that music, not academia, is where he belongs. “I think this is what I’m supposed to do, and it took ‘Idol’ for me to realize that. Music has to be a passion for you if you want to get into this industry, but it’s been a learning process in how to make a passion your career.”