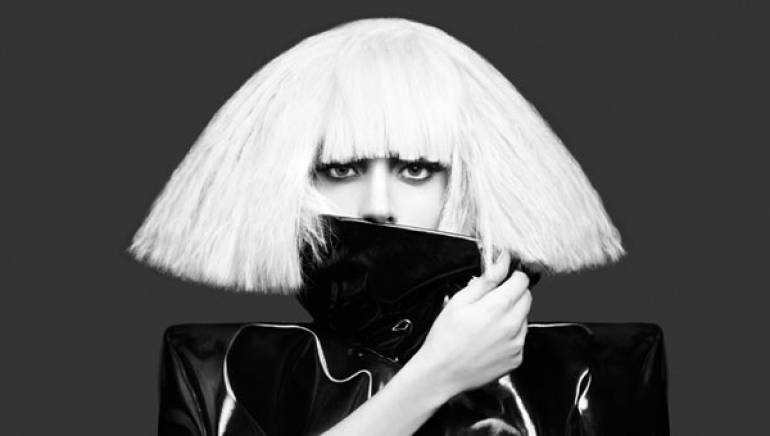 News and talk show anchor Barbara Walters may not exactly be a tastemaker, but she has her finger on the pop cultural pulse every now and then. She certainly did when she named Lady Gaga one of the “10 Most Fascinating People of 2009” during a January broadcast of the show 20/20. The less-than-five-minute segment covered a couple of head-turning basics of Gaga’s bio — that she is the first recording artist to get four number one hits out of a debut album, and that she favors bizarre, risqué stage costumes — but left far more unsaid. And there is plenty to say.

The 23-year-old pop superstar, born Stefani Joanne Angelina Germanotta, released that first album, The Fame, not even two full years ago. Now, it’s hard to imagine that there’s anyone anywhere on the globe who hasn’t encountered her regally absurd stage name — taken from Queen’s song “Radio Ga Ga” — her outlandishly accessorized visage or, at the very least, her supercharged dance-pop hooks, especially the melodically-juiced electro-disco chorus of “Poker Face.”

To that initial record-breaking run of hits, Gaga has added a fifth, “Bad Romance,” from her second release, The Fame Monster (an expanded, double-disc version of The Fame), worldwide sales of over 8 million, an MTV Video Music Award for Best New Artist and a pair of Grammys for Best Dance Recording and Best Electronic/Dance Album, not to mention the success of her Monster Ball Tour, which sold out four nights in a row at Radio City Music Hall in her native New York.

Commercial triumphs and industry awards are quite impressive, but they’re not the only things driving the fascination with Gaga; she also embodies a captivating musical hybrid. The first thing that those of us who didn’t attend Catholic school with her or catch her early DIY burlesque-style performances in the Manhattan club scene heard from her was her first single, “Just Dance.” Its perky melody, straight dance beat and insistence on reveling in the moment – instead of worrying about, say, where Gaga’s put her keys and phone – is the sort of pure pop escapism that’s long been associated with dance music. The name of the game is to forget reality, forget even who’s singing the song; get with the fantasy and just dance.

When it comes to creating an alternate, glittery world, Gaga takes it all the way, amplifying and parodying the cultural obsession with fame, glamour and fortune to the extreme in songs like “The Fame,” “Beautiful, Dirty, Rich” and “Paparazzi.”

But there’s a paradox here: As Gaga dresses up, dances and makes music in the surreal way that she does, she is telling us something about herself. When Rolling Stone interviewer Austin Scaggs asked her about the difference between Lady Gaga and Stefani Germanotta last year, she insisted there isn’t one: “The largest misconception is that Lady Gaga is a persona or a character. I’m not — even my mother calls me Gaga. I am 150,000 percent Lady Gaga every day.”

She made a similar claim during the 20/20 interview. Sitting down with Walters, Gaga said the biggest misconception people have about her is “that I am artificial and attention-seeking, when the truth is that every bit of me is devoted to love and art and I aspire to try to be a teacher to my young fans…who feel just like I felt when I was younger.” With a nudge from Walters, she elaborated on what her formative experiences have to do with her current audience: “I just, I felt like a freak. I guess what I’m trying to say is, I want to liberate them; I want to free them of their fear and make them feel that they can create their own space in the world.”

The intense connection Gaga has cultivated with her varied, worldwide audience says something. She calls them her “little monsters,” a nickname she recently immortalized in a tattoo on her arm. Through the stage name, the outer-space couture, the synth-heavy electronic music and the spectacle, she wants to make them feel like they know an important, individualistic part of her.

Gaga is thoroughly involved in the various aspects of her career. She’s been writing and co-writing her songs from the start, which is no given for a dancing pop star. She’s even written for other acts, New Kids on the Block, Michael Bolton and Britney Spears among them. And, rather than keep it a mystery, Gaga is willing to talk about what inspires her songs: Some on The Fame came from a love affair with heavy metal drummer, and some on The Fame Monster from the still-new experience of living life as a celebrity.

The Gaga songs that feel the most personal are the piano ballads. “Brown Eyes” is one on The Fame. Over a guitar and piano groove reminiscent of 1970s David Bowie, she confesses, “I guess it’s just a silly song about you/And how I lost you/And your brown eyes.” “Speechless” is a dramatic, Queen-influenced, heartbreak ballad on The Fame Monster, and a favorite of hers to do live. And — lest there be any question — yes, she’s actually the one playing the piano on the recordings and during the shows.

A pianist from the age of 4 and songwriter from 13, Gaga has musical and theatrical training, and her early musical efforts owed more to the glam piano-pop of Bowie, Queen and Elton John than the music of Madonna, to whom Gaga’s been compared and with whom she did a playful cat-fighting skit on Saturday Night Live. Gaga’s first producer, Rob Fusari, encouraged her to try writing more danceable fare and take a chance on a drum machine. The result? Gaga and Fusari came up with “Beautiful, Dirty, Rich” and the ingredients suddenly materialized for a slew of broadly appealing pop hits. Which was the goal all along. As she told the Los Angeles Times’ Ann Powers, “I don’t want to make niche-oriented music.”

But if Gaga’s recent performance during the Grammys is any indication, sitting down at a piano and belting out a palpably emotional ballad, without her avant-garde army of dancers, remains a valued part of her repertoire and perhaps one she’ll be expanding on in the future, in order to let her audience in on another side of her.

The plot of Gaga’s Grammy appearance fit with her glitzy, theatrical shows. First, she was manufactured in the Fame Factory, represented by an elaborate, industrial-looking set. Then, because her songs got too popular, she was disposed of in an incinerator, only to emerge from the bowels of the contraption with Elton John — who else? — both of them sooty and seated at pianos. Together, they gave an energized performance of “Speechless,” with a brief mid-song detour into “Your Song.” John, who happens to know a thing or two about sustaining a larger-than-life pop career, changed the lyrics of his song into a ringing endorsement of Gaga: “How wonderful life is, with Gaga in the world.”

Jewly Hight is a freelance writer based in Nashville.