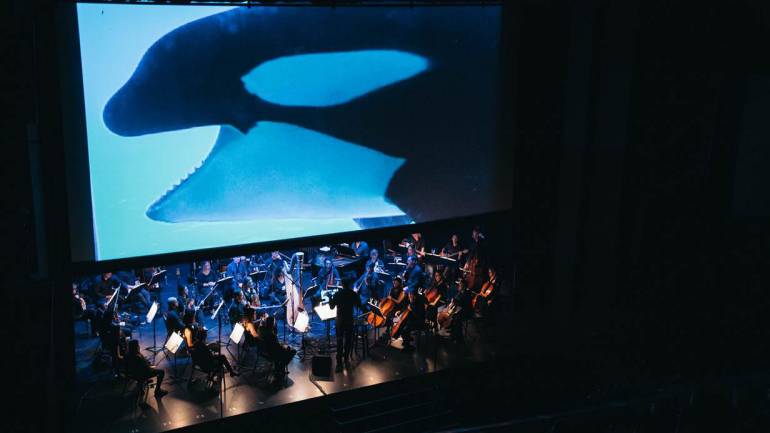 Just one year after their first concert at the prestigious Colburn School in Los Angeles, the Hollywood Chamber Orchestra has recorded music for many luminaries including BMI composers Jeremy Zuckerman, Alison Plante, and Pete Seibert. They have also accompanied soloists Andrew Bain, performed the Star Trek: Ultimate Voyage concerts at the Pantages Theater with Justin Freer; played the soundtrack to the documentary Blackfish, live-to-picture with Emmy-winning BMI composer Jeff Beal; and been led by renowned BMI conductor Lucas Richman. These impressive achievements were the vision of BMI affiliate Mark Robertson and Noah Gladstone, who co-founded the HCO in 2015 with the intent of creating a year-round orchestra versatile enough to do studio sessions, live concerts, touring and community outreach, all of which it’s already succeeded in doing.

Robertson, who has had a storied career in LA, eventually becoming concertmaster and orchestra contractor for various concerts, films, television shows, and commercials, is currently concertmaster for the television shows Penny Dreadful, Agent Carter, and House of Cards, in addition to co-directing the HCO. His long resume also includes concertmaster for the recent films The Boss, Blackfish, The True Cost, Merchants of Doubt, Ride Along 2, In Your Eyes, and Contagion.

Congratulations to all, on a remarkable first year!