Posted in MusicWorld on October 27, 2009 by Jonny Whiteside 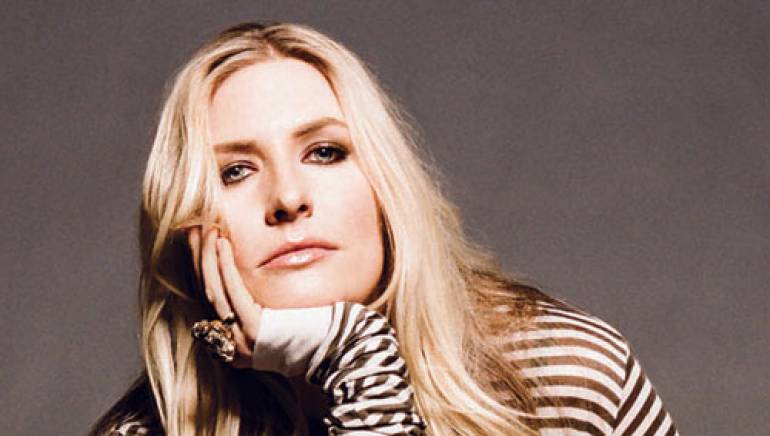 Singer-songwriter Holly Williams, grandchild of legendary honky-tonk provocateur Hank Williams Sr. and daughter of hard-charging country star Hank Jr, is a long, tall siren with an intense, smoldering style and a fabled bloodline that affords her both a tremendous advantage and some built-in, inescapable challenges. On her current Here with Me album (Mercury Nashville), she excels at gracefully navigating between the extremes such a vaunted legacy guarantees. The 28-year-old Williams has taken a measured, deliberate career path, one that has shrewdly focused on her merits as an artist and fastidiously avoided taking the easy way out–her first release, 2004’s impressive The Ones We Never Knew, could scarcely be classified as a country album at all.

While Here with Me features plenty of fiddles and steel guitars, the set never stoops to naked exploitation of country’s most famous brand. Instead, it consistently delivers thoughtful, communicative songs, all put across with her own distinctive lyrical approach. Williams’ resonant mix of solid craftsmanship and unflinching self-examination has already propelled the album’s first two singles, “Keep the Change” and “Mama,” in the mid-range of the country chart, and both songs reflect a prideful independence and a respectful acknowledgment of her extraordinary lineage. The former title’s assertive message of liberation and the latter’s warm familial affection navigate elegantly through the potential minefield of dysfunction and internecine competition any Williams inevitably contends with. While those built-in pitfalls almost killed her father and clearly haunt half-brother Hank III, this Williams’ coolly considerate modus operandi reveals arresting new aspects of a musical DNA strand that’s already produced remarkable, trans-generational evolution.

Significantly, Williams wrote, or co-wrote almost the entirety of Here with Me (the set closes with a cover of Neil Young’s “Birds”), and while her lyrical explorations represent a flourishing creativity that is hers alone, Holly Williams nobly upholds–and enhances–her much celebrated family tradition.