Posted in MusicWorld on October 13, 2011 by Jewly Hight 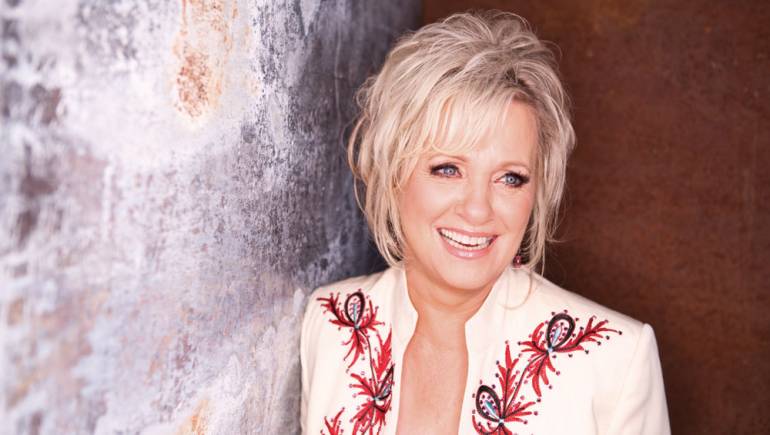 A good bit of contemporary country lyric-writing hinges on tangible detail. A song might, say, paint a picture of how the characters in it are dressed, what they’re driving, where they’re headed, what they’re going to do once they get there and what the weather’s like, all of which helps move the story along, and all of which the country listener is used to hearing.

Which is exactly why it’s so striking to hear Connie Smith—who’s rarely ever focused her attention on external realities—reemerge with an album’s worth of country done her way, titled Long Line of Heartaches. As she so succinctly puts it, “I’ve always liked to sing about what’s going on in the heart.”

Smith long ago confirmed her gift for bearing witness to the profound longing, loving and aching that lies at the core of the human experience, particularly when it comes to relationships, her voice recognized as one of the finest vehicles for deep-seated desperation in all of country music. And even though it’s been nearly five decades since her first hit—the Bill Anderson-penned “Once a Day”—her gift isn’t the least bit diminished.

In the early days of her recording career, Smith mostly turned to other writers. “I always wanted to be a songwriter,” she explains, “but I also had five children and was working to feed them. So I didn’t really have time to sit down and write.” Every once in a while she’d manage to whip out a new song, despite her whirlwind of a schedule. “I’ll Come Runnin’” emerged as she was strumming her Baby Martin guitar in the backseat of a car, and “Don’t Walk Away” came to her in the middle of cooking dinner one night.

When Smith wasn’t supplying her own material, which was most of the time, she and her producer Bob Ferguson—one of Chet Atkins’s staffers at RCA—took great care with song selection. There were certain songwriters in whom she, justifiably, placed a great deal of trust, including Anderson—who’d originally discovered her in a Columbus, Ohio talent contest—and Harlan Howard and Dallas Frazier. “Those writers,” she says, “you just didn’t need to turn down a song. Very seldom.”

Smith made a point to honor Frazier during her recent artist-in-residence performances at the Country Music Hall of Fame and Museum. And for good reason—she’s recorded 69 of his songs, the most recent being the soul-searching honky-tonker “A Heart Like You” on Long Line of Heartaches.

“Dallas quit writing songs fort thirty years,” she says, underscoring what a big deal it was to get her hands on a brand new Frazier composition. “He’s a pastor and still does some services here and there. But he just didn’t do any writing at all. And he felt the freedom of the Lord to start writing again a couple of years ago. And he brought us the song and played it for us. I said, ‘I want to record that!’ Marty, he had been trying to get me to record for years.”

The Marty who Smith is referring to is, of course, Marty Stuart, the top-notch stone-country showman who also happens to be her co-writer, producer and husband. In the latter half of the ‘90s, Smith called on him to help her get back into album-making, and it was then that she really came into her own as a songwriter (and that they fell in love).

Smith remembers, “The first meeting we had, I was talking about songs and I said, ‘You know, it’s hard for me to find the songs now, because they have to [pitch] ‘em to the hitmakers of the day.’ And he said, ‘You write. Why don’t you write the songs?’ I said, ‘I’ve written a few songs, but I’ve never had any inspiration to write a whole album worth.’ And he picked up the phone and called Harlan Howard and a song that I had started two or three years before that called “How Long”, we finished it. So I co-wrote nine out of ten of the songs that are on that [Connie Smith] album.”

That was no fluke. Smith and Stuart co-wrote five of the dozen songs on the new album, too, one—“Blue Heartaches”—the result of an idea they’d been kicking around for years and years, and another—“I’m Not Blue”—the fruit of a visit they made to the picturesque Montana home of Kostas, the renowned tunesmith.

The fact that “blue” shows up in more than one song title doesn’t mean that every song on the new set unfolds at a simmering, bluesy pace. “Pain of a Broken Heart”, another Smith and Stuart collaboration, is powered by a punchy, waltz-time feel, and it’s hardly the only energetic track. “Some of the heartache songs that I sing can be really beautiful and can be upbeat, even,” says Smith. “But it’s still all about the heart.”