Posted in MusicWorld on March 14, 2016 by Malcolm Venable 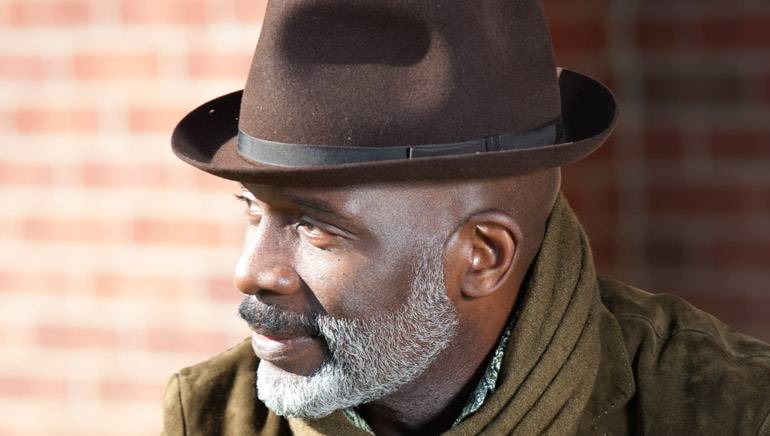 Chances are you know BeBe Winans. He’s been one of the most recognizable names and voices in American music for decades – a pioneer in dissolving lines between gospel, adult contemporary and R&B. With his sister CeCe – part of the very big and very talented Winans family musical dynasty – BeBe has, since his 1997 solo debut “I Wanna Be the Only One,” seen his albums top gospel charts. Never bound by category, he’s worked with a diverse roster of artists including Brian McKnight, Willie Nelson and Stevie Wonder.

A six-time GRAMMY winner, Winans has also appeared on Broadway (The Color Purple in 2008) and film (The Manchurian Candidate in 2004). He’s the undisputed icon of making gospel go pop and yet, despite his high profile, there’s much more to BeBe than we’ve ever known. You may think you know BeBe – born Benjamin – but his real story hasn’t been told.

That changes when his musical/autobiographical play,  Born for This: The BeBe Winans Story, debuts at the Alliance Theatre in Atlanta, April 13 to May 15, running next at Arena Stage in Washington, DC, from July 1 to August 28, 2016. Directed by Charles Randolph-Wright, director of Motown the Musical, Born for This features BeBe’s nephew, Juan Winans, portraying him, and BeBe’s niece, Deborah Joy Winans, portraying CeCe. The play chronicles their rise from background singers on Jim Bakker’s The PTL Club to the industry titans we know today. BMI recently caught up with the multitalented artist as he makes final preparations for the show.

You recently received a coveted BMI Trailblazers of Gospel Music Honor. Do you feel like a pioneer in this genre – or are you just doing what feels natural to you?
Not so much a pioneer. Someone with compassion for others. For me, it’s about opening a door. The recognition represents the door we helped open wider, as well as a pat on the back.

What’s the best part of being in the BMI family?
When people ask if I had to choose between one or the other – singing or songwriter – I think they’re surprised that the answer is always songwriting. I enjoy songwriting, so to have BMI there at the beginning of my career and be such a supporter is a valuable asset. I treasure friends and relationships. BMI has become family to me, and one of those family members that’s been supportive all my career.

Tell us about your upcoming musical, Born for This: The BeBe Winans Story.
The first word I would say is nervous. I don’t get nervous much. It’s been a 10-year journey to be at this point – getting ready to have your baby, tell our story. People think they know and really don’t have a clue. People think BeBe and CeCe were born the same time, and the doctor put a mic in their hand. We never planned to be a duet. That had everything to do with Jim and Tammy Faye [Bakker]; they called us a duet.

What’s the process like writing new music for the production – how would you compare it to writing for albums?
I think it’s some of my best writing. I went to numerous shows to learn the art of writing a musical, and songs for a musical. It has been an incredible journey and now it’s time for all to see what has been learned in the last nine years. I believe everyone will walk out knowing they have a destination – that everyone has a purpose and you were born for that purpose. It will empower people through the music. [Director] Charles Randolph-Wright – I can’t say enough about it him. He’s incredible.

What have you learned from working with your nephew and niece, who are playing you and your sister? What are the most valuable things you think you’ve taught them?
What I’ve learned, what I see from younger artists, is that everyone desires to reach that goal, that dream, and so it’s something I’ve encouraged. My niece is an incredible actress. When she got her degree from Cal State, I supported her when that fire was there. I’ve learned young people have the same dreams and goals – there are just not a lot of outlets for them. My work is not done. I feel responsible for knocking down walls so young people have opportunities.

What do you and CeCe each bring to the table when creating music?
We put feelings, our personal tragedies and triumphs, in our music and that’s what’s separated us from others. We didn’t try to be something we weren’t. Our style was our style. It’s so important to be you, be the best you, to be an educated you. When we come together, people look for that style in our production, lyrics and our performances.

Can you talk about your writing/recording process? What’s your favorite way to begin a song? An album?
My process is simple and the same always: I write when something or someone inspires me. It can be the littlest thing or something major. Only difference sometimes is music may come before lyrics, or the other way around.

What would people be surprised to know about you? Who are some of your favorite artists outside of the gospel realm?
My favorite artists in any genre are singers that sing great songs, period. My favorite female artist has always been and always will be Gladys Knight; male, Donnie Hathaway. People might be surprised to know I’m simple and can eat at the same restaurant and eat the same meal every day. I’m a creature of habit.

If you had to pick one or two, what experiences would you say have had the biggest impact on your career?
Watching the GRAMMYs on TV, then actually being there, then winning some as that same BeBe who watched them on TV. My parents [Delores and David Winans] are the ones who impacted my life the most, and their love and lessons still do.

What advice would you give the young BeBe, knowing what you know now?
Don’t be in a hurry; don’t listen to what others’ hearts say. Follow your heart and get ready for all the No’s and shut doors. But take those things as a positive, because the promise from God is that he will take what people mean for evil and to hurt you with, and turn it around for your good.