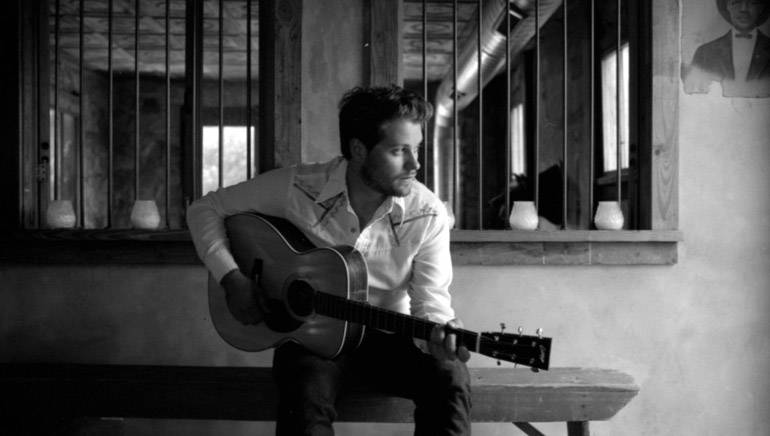 Memphis-born, Texas-based artist Rob Baird is an artist who’s not afraid to get out of his comfort zone. Baird signed with Nashville-based Carnival Music straight out of college, and while he could have focused on commercial songwriting — and lucrative co-writes — along the city’s famed Music Row, he chose to remain in Austin to carve his own artistic path. His first two albums, 2010’s Blue Eyed Angels and 2012’s I Swear It’s the Truth, won raves from tastemakers at Spin and Billboard and landed placements on hit television shows Nashville and Army Wives.

In recording his latest album, Baird bypassed slick studios and camped out in a garage, resulting in the bittersweet, haunting Wrong Side of the River, released in May on Hard Luck Recording Company. Just before the album release, NPR previewed a trilogy of stunning black-and-white music videos shot by Matt Bizer, cofounder of Willie Nelson’s Luck Productions, a project that took Baird on a cinematic journey from Nashville to Memphis to a ghost town in southwest Texas. BMI caught up with Baird while he enjoyed a stroll around his “happy place,” a lake in Texas.

Since you’ve spent so much time in both states, what’s different about the music scenes in Tennessee and Texas? Give us the insider’s view.

I recorded all my records in Texas, this last one in Austin. I was working for Carnival Music (in Nashville), I got signed to a record and publishing deal right out of college, which was super lucky — I don’t know how I pulled that off! Everyone at Carnival has been great to me, and I got to see both sides. There’s a lot of great things happening in Nashville, and there’s also a lot happening in Texas. It’s just different approaches. You see a lot of cool artists in Nashville doing hip indie stuff — and obviously the commercial stuff is happening on Music Row — and it’s cool, and I ended up writing some songs for those kinds of projects. I think I learned a lot, but I realized that, for me, songwriting is precious and really personal, and I wanted to be an artist as much as possible, so that’s how I began my career. I got away from it for a little bit, but I think I solidified what I didn’t want to do, which is great.

How did you meet the Carnival folks?

I’m from Memphis originally, and I had a friend there who got in touch with someone at Carnival, and they heard my song and said, ‘Come up here, come now.’ I played a couple of songs for Frank Liddell. I made a record, and they were interested in helping me out — a lot of it was timing. Thank god it worked out, because my parents would have thought I was crazy if I said, ‘Hey, I’m going to go be a singer-songwriter but I have no way of supporting myself.’ [Laughs.]

Have you always been a songwriter? Is this something you’ve always envisioned doing?

I walked around high school singing songs to myself — I kind of developed a reputation of the guy who was always singing to himself. But interestingly enough, this guy Rivers Rutherford came to my high school and talked about his journey as a songwriter, and it really inspired me. I thought, ‘That’s a real thing that I can do.’ Strangely enough, we just played a show at the Country Music Hall of Fame together. I hadn’t seen him since then — I hadn’t even really met him — so it was pretty funny. He was like, ‘I don’t even remember doing that, man!’ [Laughs.] But I always had a love for music; I’d sneak into shows when I was in fifth grade, and stuff like that.

Several years ago, you said that if you had a choice, you preferred being on the road to being in the studio or songwriting. Has that changed throughout the years?

It has shifted a little bit. When I was younger, and I wouldn’t say hungrier, but I think since then I’ve learned life balance a little bit better. Now I love the studio; I have a lot of creative input, but I still love playing. I’ve just learned to be a healthier human being. The creative process is what allows you to be on the road, so for me, making great records is so important, because where we make our impact — and our living — is on the road. The whole thing is fun, to be honest. Any time I start thinking about another job, or if I think this is hard, I think, ‘No, this is better. I know it’s hard sometimes, man, but suck it up, dude’ [laughs].

For your most recent record, I understand you recorded that in a garage without a lot of fancy studio equipment. What have you learned three albums in about the recording process, other than you don’t need a fancy studio?

I think song selection and being completely honest with yourself — even hard on yourself — through the process is important, but not to the point where it’s detrimental. For me, I’m really trying to stay true to myself and have the right people around me. That’s key to the whole thing. I have a great group of musicians and friends that I play with. It’s not just my live band with a rotating cast of characters; they really care about the music and they believe in it. That’s all that matters for me.

For Wrong Side of the River you also have a video component, a trilogy that NPR premiered before your album release. Was that your idea?

It started off as my idea, and luckily we got some really cool folks involved, like Matt Bizer. I’ve just always loved his work, and I thought we could figure it out. We worked on the concept, and he was able to shoot this on a shoestring budget in 10 days. We shot in Nashville, Memphis, all the way to Terlingua, which is an old ghost town in southwestern Texas down by the border. Matt was able to make a mini movie, using the story of these songs, that I never could have imagined. It was a fantastic experience, and I think it’s making a cool impact, and foreshadowing the record that, thanks to NPR, I never really thought was possible.

The trilogy also involves a tale of redemption. Is that an overall theme of the record?

Yeah, I think so. I have a song called “Redemption” on my last record, which might have been the beginning of this process, but for me as a person, there’s not a lot of black and white. I think the difference between my mid-20s and early-20s, growing up a bit, and becoming almost 30, is that life is somewhat complicated, somewhat sad, and also somewhat uplifting. There are a lot of elements. I don’t think I knew what to do with that when I was younger. But there’s hope, and hopefully redemption. We’re all just trying to figure out this whole thing together.

You’ve had several songs placed on television. Nowadays, between television, film, radio, satellite radio and streaming services, there are so many ways that people can find music. How do you think people find your music?

It’s a lot of word of mouth, which is cool, and we’ve also connected with people through those TV placements, and touring, obviously. I think Spotify is such a powerful force — I’m always amazed by how many people have found us on Spotify.

I have to say, for a guy who creates music that can lean on the dark side, just talking to you, you seem like a pretty happy, laid-back guy. Do you think your fans would be surprised to learn that?

[Laughs.] Music often becomes my therapy, especially with the last record. I’ve dealt with a lot of the challenges that come with being in the music business, and I’m lucky to be where I am now, but no one who tries to do this has an easy road. I’ve definitely gone through some depression — and I don’t even know if I realized how bad it was at the time. This life is always going to be tough, but I just try to take it one day at a time and surround myself with great people. I’ve been really lucky to have a great group of folks around me.

Speaking of surrounding yourself with great people, how have the folks at BMI helped foster your career?

I’d already signed up with BMI when I was in college, I’d heard they were the ones to go with. Before I even signed with Carnival, they sent me over to Bradley Collins’ office. I get there, and I hang out with Bradley, and we became friends. He’s done a lot of really cool things for me, and he’s believed in me as an artist and a person. He got me on the Key West Songwriter’s Festival, Tin Pan South, and we just did a showcase a couple of weeks ago. Everyone at BMI has been so supportive of me.