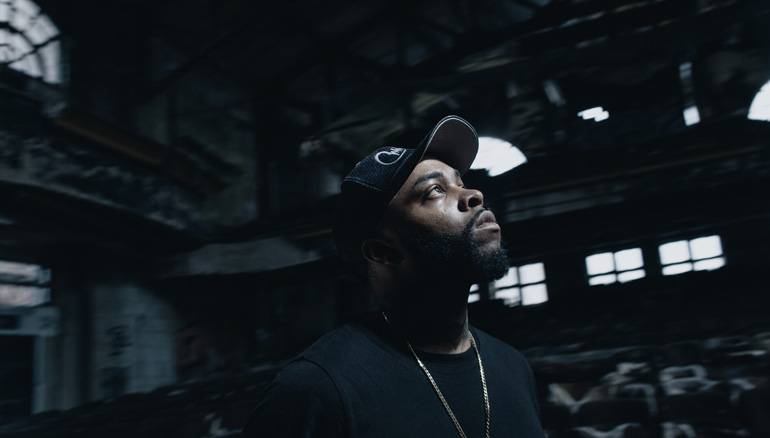 Specializing in Jersey Club, a bass-heavy hybrid of hip-hop and electronic dance music originally born out of the Garden State’s DIY party underground in Newark, DJ Sliink has swiftly become a titan of the subgenre. After collaborating with Flosstradamus, playing festivals around the globe, scoring high-profile fashion events for designers like Alexander Wang and Rick Owens and joining Skrillex’s OWLSA Records roster, Sliink’s star-power is ascending. BMI caught up with the DJ to get his take on where he came from and where he’s going.

How and when did you start producing?
I first started producing in 2006. I got a few tips from my younger brother, DJ Sliim. He would always be on the computer all day, and I used to wonder what he was up to. One day we sat down after I came from basketball practice, and went over some basics. I’ve found myself on the computer every day for 10 years now. I started off using Fruity Loops Studio then Sony Acid Pro. I still use those programs these days.

What is one of your favorite songs that you produced, and why?
One of my favorite songs I produced has to be this Missy Elliot flip of “Get Ur Freak On.” I felt like when I came out on the scene, I shook it up a lot. A lot of people weren’t doing the kind of stuff I was doing, and it was pretty different. For example, the vocal chop on the track. I really wasn’t hearing that in EDM. I feel like I hear it all the time, so I feel like tracks like that Influenced a lot. I call it “the stutter,” even on the R4 “Work It” remix.

Who is someone you would love to collaborate with?
I would love to collaborate on a bunch of things with Skrillex. He’s such an inspiration to me and the crew. I love how hard he works, and the gems he drops on you. I also wouldn’t mind working with Kid Cudi. Man, he’s such an inspiration to a lot of people. I feel he doesn’t get that right credit. It’s cool because he’s an influencer and he knows it.

What can we expect from you in the next year?
Everyone can expect all that I worked on in the past few years. I have a lot of new music finally coming out on OWLSA. Big rap features, switching it up and working with the big boys. You can also expect some music from my crew, Cartel Nation. I’m also gonna work on non-music related things, merch, organizations … just different things.