Posted in MusicWorld on November 14, 2009 by Kevin Zimmerman 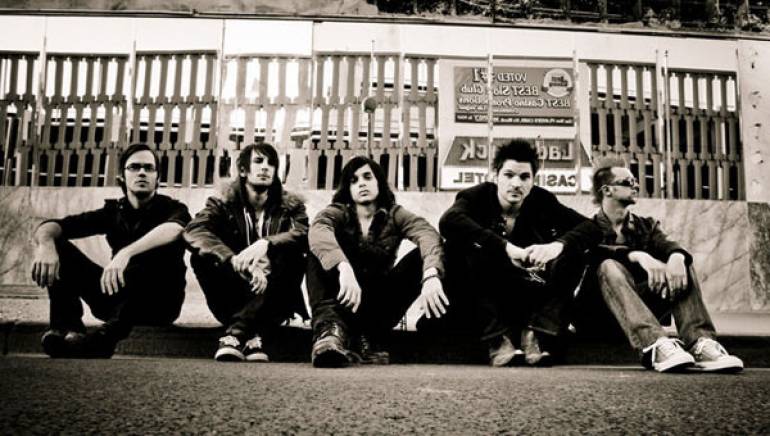 Unlikely components coalescing to bring a band success is nothing new. But when it comes to Las Vegas-based quintet Adelitas Way, the improbability factor goes to 11: After seeing one of their earliest compositions, “Invincible,” selected as the theme song for villainous World Wrestling Entertainment tag team The Legacy, the group soon signed with Virgin Records, which released its self-titled debut in July.

Oh, and then there’s the matter of the group’s name, derived as it is from a Mexican brothel.

Lead singer Rick DeJesus “went to California with a couple of friends,” recounts lead guitarist Chris Iorio. “Rick fell asleep, they got lost, and the next thing he knew they were in Tijuana, getting shaken down by some corrupt cops.”

To recover their wits, the group headed to the nearest saloon: the Adelita Bar. “He’d seen all these pretty girls coming and going with some pretty scurvy-looking dudes,” Iorio recounts. “Then he started asking the girls why they were in the business they were obviously in, and he found out that they were broke and this was the only way.”

Such empathetic concerns – backed up by the kind of hard rock offered by Saliva and Shinedown, both of whom Adelitas Way have supported on tour – give Adelitas Way an unexpected measure of heart. “Last Stand” is an arena-ready ballad that pulls no emotional punches, while “Hate Love” investigates a tumultuous relationship. Anthemic rockers like “Invincible” and “Just a Little Bit” provide the fist-pumping balance.

“We write all the time,” Iorio says of the group, which also includes guitarist/singer Keith Wallen, bassist Derek Johnston and drummer Trevor “Tre” Stafford. “I’ll come up with a riff or Rick will come in with a lyric or melody, and we work together ‘til we’ve got something everyone likes. We already have about five songs done for the next album.”

Adelitas Way is still very much keeping its eye on the present, Iorio adds. “This album was literally years in the making, and we’re really excited that it’s finally out,” he says. “We’re all really humbled to be able to do this.”