Posted in MusicWorld on September 7, 2011 by Drew Kennedy 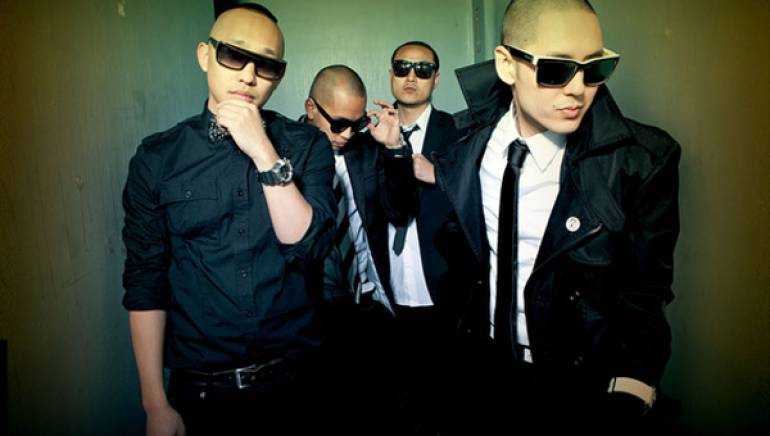 If there is one thing (aside from their Billboard Hot 100 chart-topping hit “Like a G6”) that absolutely defines Far East Movement it’s this: hustle. The outfit’s four members, Kev Nish, Prohgress, J-Splif and DJ Virman, have all but trademarked the word. They hustled gigs as newly minted members of the burgeoning early-2000’s hip-hop scene in southern California when no one else would take up their cause, creating “Movementality,” an event that benefitted a local drug rehabilitation center for youths in their native Koreatown neighborhood of Los Angeles along the way. They recorded mix tape after mix tape, spreading their sounds to whoever would listen, the results of which eventually culminated in their 2006 and 2009 independent releases Folk Music and Animal. They landed spots on soundtracks and in movies—all on the merits of both their music and their mentality. So, when producer and record executive Martin Kierszenbaum, one of the hardest working men in the music business in his own right, courted the band to join his label Cherrytree Records, the fit was perfect. Far East Movement had finally hustled themselves into their dream scenario.

“Working with someone that we see working even harder for us on a daily basis—someone who really sticks to his artists and inspires them— that was a perfect fit for us,” says FM’s Kev Nish.

The recent success of their first major release Free Wired, which includes not only “G6” but also the top-ten single “Rocketeer” (a Bruno Mars co-write), has left little room for slack as the group continues to capitalize on both its newfound support as well as its ever-growing level of mass appeal in the form of a constant flurry of collaborations with a-listers ranging from Snoop Dogg to Ryan Tedder (of OneRepublic)— FM’s ever-present hustle leading the way.

“We remember what it was like being on the streets in LA, throwing our own shows and writing as many songs as we could—we did 10 years of that. Now that we’re breaking out, we’re not changing a thing,” says Nish. “Never be lazy. Always work.”