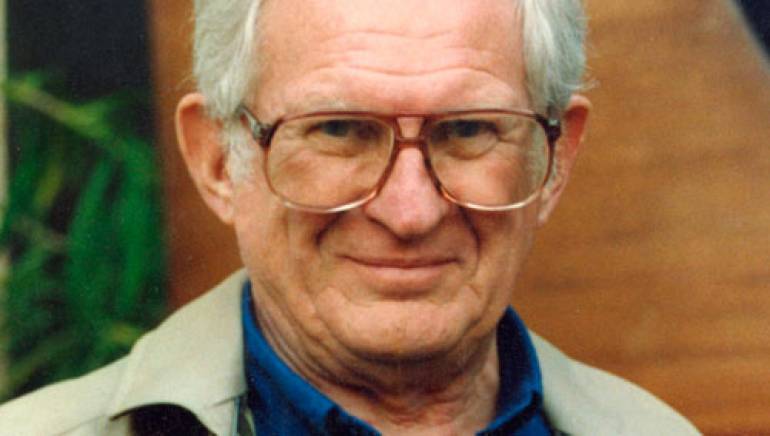 Alexander (Sandy) Courage, composer of the original Star Trek theme and an Emmy-winning, Oscar-nominated arranger for TV and movies, died May 15 at the Sunrise assisted-living facility in Pacific Palisades, Calif. He was 88 and had been in declining health since 2005.

Courage’s fanfare for the Starship Enterprise, written in 1965 for the original Star Trek pilot, was heard throughout the three original seasons of the show and has been reprised throughout all the Trek feature films and several of the TV series, especially Star Trek: The Next Generation in the 1980s and ’90s.

He won a 1988 Emmy as principal arranger for the ABC special Julie Andrews: The Sound of Christmas, and received Oscar nominations (both shared with Lionel Newman) for his adaptation scores for The Pleasure Seekers in 1963 and Doctor Dolittle in 1967.

He was born Dec. 10, 1919, in Philadelphia, but moved to New Jersey as a boy and took up both the piano and horn. He received his degree from the Eastman School of Music in Rochester, NY in 1941, then moved to California. He enlisted in the Army Air Corps in 1942 and became a bandleader at various bases in California and Arizona.

After the war, he began working for CBS Radio, composing and sometimes conducting for such shows as Hedda Hopper’s This Is Hollywood, Screen Guild Theater, The Adventures of Sam Spade, Detective and Yours Truly, Johnny Dollar. From 1948 to 1960, he worked as an orchestrator and arranger at MGM, including work on the classic musicals Show Boat, The Band Wagon, Seven Brides for Seven Brothers, Guys and Dolls, It’s Always Fair Weather, Funny Face, Gigi and others.

He also scored a handful of films in the late 1950s, including Arthur Penn’s The Left-Handed Gun and such drive-in fare as Shake, Rattle and Rock and Hot Rod Rumble. But television became Courage’s primary outlet for composition, including various episodes of M Squad, Wagon Train and The Alfred Hitchcock Hour at Universal, National Velvet at MGM and The Untouchables at Desilu.

Much of Courage’s 1960s output was at 20th Century-Fox, where Newman assigned Courage to write music for Voyage to the Bottom of the Sea, Daniel Boone, Lost in Space, Land of the Giants and other series. He wrote a dramatic theme and over a dozen scores for the Carl Betz legal drama Judd for the Defense in 1967.

In addition to his adaptation work on The Pleasure Seekers and Doctor Dolittle, he contributed orchestrations to such ’60s musicals as Hello, Dolly! at Fox and My Fair Lady at Warner Bros. He also orchestrated dramatic and comedic scores for composing colleagues including Adolph Deutsch (Some Like It Hot), Andre Previn (Irma La Douce) and Alex North (The Agony and the Ecstasy).

Star Trek, which went on the air in 1966, became his most famous work. In addition to the fanfare, series theme and scores for two pilot episodes, Courage composed the music for just four other hours of the sci-fi classic (two in the first season, two more in the third). He did far more work on The Waltons, scoring over 100 episodes in the 1970s and early 1980s, plus four Waltons TV movies in the ’80s and ’90s.

He also composed music for Apple’s Way, Eight Is Enough and other series in the ’70s and ’80s, receiving an Emmy nomination as composer on a Medical Center in 1973 and another as arranger for ABC’s “Liberty Weekend” ceremonies in 1986. He served as music coordinator and appeared onscreen as a conductor in Luciano Pavarotti’s 1981 film debut Yes, Giorgio.

As composing work in TV waned, Courage returned to orchestration for old friends including John Williams and Jerry Goldsmith. For Williams, Courage orchestrated several scores including Fiddler on the Roof, The Poseidon Adventure, Hook and Jurassic Park. He also adapted Williams’ themes for Superman IV: The Quest for Peace, and wrote many orchestral arrangements for the Boston Pops during Williams’s 1980-93 tenure as conductor.

He was among the founders of the Composers and Lyricists Guild of America, the union that represented composers and songwriters in Hollywood during the 1950s, ’60s and ’70s. He was also an award-winning photographer whose photos appeared in such popular magazines as Life and Colliers.

“We mourn the loss of Alexander Courage, a pioneer in television composing and the creator of one of the most recognizable themes in TV — the original ‘Star Trek’ theme. His music and intricate arrangements will influence and inspire generations of composers and musicians to come,” said BMI President & CEO Del Bryant.