Posted in MusicWorld on February 3, 2009 by Jewly Hight 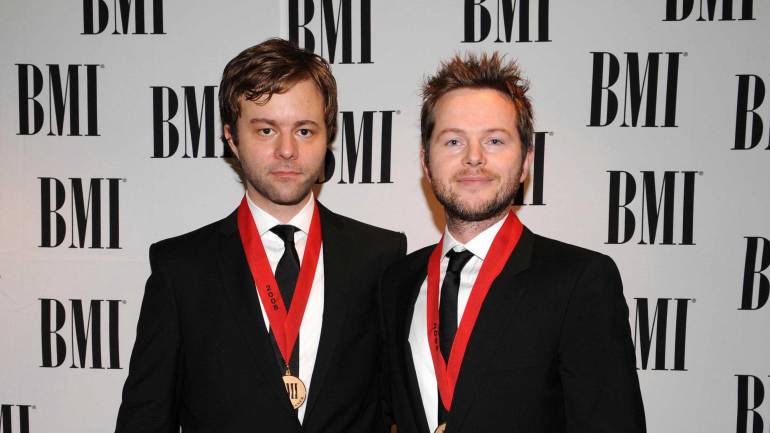 Just because English lyrics rule the U.S. charts doesn’t mean that English is the most important language in getting a song across. In most pop songs, that distinction would fall to the music itself: a combination of melody, chord progression and the beat. And if a songwriter has a good grasp on those elements, his mother tongue need not be English to score a hit. In fact, it might well be Norwegian.

Espionage, the Norwegian songwriting and production team of Espen Lind and Amund Bjorklund, now based in New York, are a case in point: Their success has spanned oceans. “I think that sense of melody transcends whatever market,” comments Bjorklund. “A great song is going to be a great song in France or in Sweden or America.”

Lind and Bjorklund first joined forces for Lind’s 1997 solo album, Red (they’ve worked together on every one since, except last year’s Army of One). The album’s single, “When Susannah Cries,” was a hit in Europe and Lind won Norway’s equivalent of a GRAMMY. “We really hit it off and we had major success with the first thing we did together,” says Bjorklund. “And that gives you the confidence in the working relationship.”

Early this decade, Bjorklund and Lind expanded into writing for other acts in the U.K. (that’s when they adopted their international spy-themed moniker). But their watershed moment came in 2006, when they co-wrote Beyonce’s ubiquitous hit “Irreplaceable.” Sonically, what made the song stand out was its finger-picked acoustic guitar figure laced with a programmed beat. That rare r&b combination came courtesy of Espionage.

“That’s what attracted [the song’s producers, StarGate, who are also Norwegian] to our stuff, is the fact that they like that guitar-driven thing in their productions,” Bjorklund explains. “When that was done the first time with ‘Irreplaceable,’ it sounded different. If you took away the beats, it would almost be a country song. So when we had success doing that, it just seem[ed] interesting to explore that thing further.”

Since the “Irreplaceable” juggernaut, Bjorklund and Lind have co-written several other r&b-pop songs that bear their guitar-based fingerprints, including Chris Brown’s “With You,” Ne-Yo’s “Go On Girl,” Jennifer Hudson’s “Can’t Stop the Rain,” and Jordin Spark’s “Just For the Record,” all also StarGate productions.

Espionage’ success in the U.S. makes it easy to forget that they’ve had to adjust to a significantly different songwriting process. “I mean, we [used to] work in Europe, and a common way to do it there is you write the stuff yourself, basically, from start to finish,” Bjorklund recalls. “When we came over here, we met a lot of talented people who specialize in what they do best. So, obviously, us being Norwegian, it’s a great asset for us to be able to work with American lyricists, people writing lyrics that far exceed what we were able to do ourselves before.” (For the record, Lind has sung in English all along, but some linguistic nuances are no doubt hard to nail unless you’re a native-speaker.)

And, as Bjorklund points out, he and Lind each fill different roles in Espionage, too: “Our career path has been sort of the same but [Espen has] been in the limelight and I’ve been behind the desk, basically.”

He adds, with self-deprecating humor, “I mean, I play some guitar, but Espen’s the musician out of the two of us, most certainly. As for vocal, I don’t even open my mouth. Over the years you learn to get good at what you do best, and let him do what he do[es] best.”

Pictured above at the 2008 BMI London Awards are Amund Bjorklund (l) and Espen Lind (r).