Posted in MusicWorld on February 4, 2009 by Jewly Hight 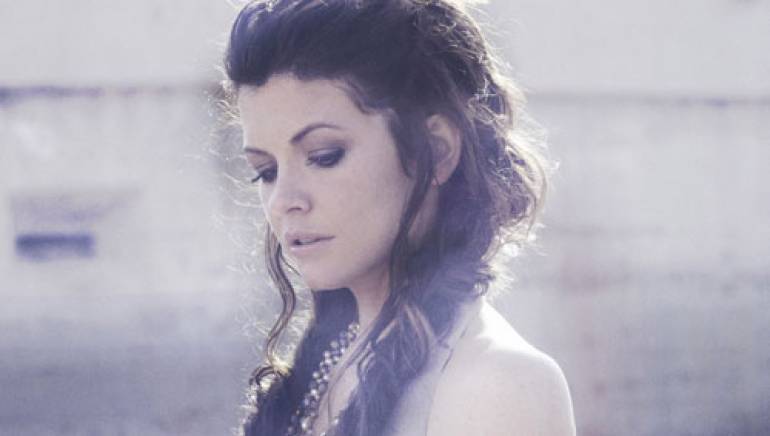 It’s not surprising that Erin McCarley might occasionally need to divide her attentions during an interview. “I kind of forgot about this interview, so I’m sitting in a pedicure chair,” she confesses. “It’s my only day home, so I’m getting all these girl things done that I haven’t done in a while.” In a little over a year, McCarley’s career has accelerated from unknown, independent singer-songwriter to major label artist with a debut album, Love, Save the Empty, and considerable industry buzz, due in no small part to things like MySpace and song placements in television shows and films. “That stuff kind of started before I even got with a label,” the Texas native points out. “And so people became aware through MySpace and then [television] music supervisors started contacting [me].”

Last year, McCarley was also featured on two different songwriter package tours, one for each of the geographical music scenes she’s been a part of: Hollywood’s Hotel Café Tour, which included all female singer-songwriters, and Nashville’s Ten Out of Tenn Tour, which had Nashville-based male and female solo acts. It was a savvy move on her part, underscoring the fact that she’s a serious songwriter and not simply a pop singer.

“I mean, I write pop music,” she explains. “In doing that, I submit myself to criticism of not writing my own songs or not being a part of the creative process, people assuming things like that. I don’t know if it’s pride or wanting people to accept me, but I think going out on a tour like that is nice and show[s] people that you are an artist and you are able to hold your own.”

If the phrase “all-female singer-songwriter tour” sounds a lot like a well-known tour of the previous decade—i.e. Lilith Fair—it’s no coincidence. McCarley was in her late teens during the Lilith Fair era, and counts piano-playing Lilith Fair headliner Fiona Apple among her influences. Apple and peers like Alanis Morisette broke new ground for female songwriters by writing confessional songs with all the jagged emotional edges left in.

McCarley took to heart the idea that she needn’t soften the emotions she expresses in songs. And what emerged on Love were 11 songs—many of them co-written with her producer, Jamie Kenney—that are shot through with sadness and framed in lush production and her fluttering, breathy singing.

McCarley wrote all the songs on Love while living in California, and since moving to Nashville she’s been on the road quite a bit. “Now that touring is the big part of what I’m doing, it’s going to change what I write for the next record,” she predicts. “You get out and you realize what you want to play live every night. I’m on tour right now with [singer-songwriter] Brett Dennen and he’s so full of life and lighthearted, he talks about very serious things but [is] real hopeful and happy and it’s like a party every night. So I [saw] that and I was like, ‘Man, it would be nice to switch sets one night so I can play your songs and you can play mine.’”

Still, with writing more or less on the back burner at the moment, what sort of tone McCarley’s next batch of songs will have is an open question. “I’m not a—what do you call it?—I’m not a Ryan Adams,” she says. “I don’t write 50 songs a week. I think I had the overflow of [songs for] that album and what it needed to say and then I kind of became numb after that and have just been ready to play all those songs out and see what happens.”