The pure emotion of the story, explains Graeme Revell, tells him exactly what music he needs to compose for a film. "If you follow the character arc and development of the script, you've achieved most of your goal. That's generally the core of the picture in my mind. What sets composers apart are the ones who can really enhance the arc of a character." 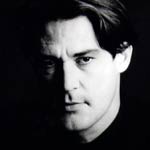 Honored with the 2005 BMI Richard Kirk Award, Revell is one of contemporary cinema's most inclusive composers, delivering the sound of suspense to Open Water and The Negotiator , devising dark noir textures for The Crow , Blow and The Insider , and conjuring up orchestral high octane to ignite blockbusters like Spawn , Tomb Raider and Daredevil . Additionally, his melange of sound design and melody set the tone for the first season of "CSI: Miami." A sinister score to accompany "The Hard Goodbye," one segment in the trilogy of vignettes that make up the film Sin City , is a recent project.   "One of the great things film music has given me is collaborative opportunities with many different people," he says.

Working as an orderly in an Australian hospital for the mentally ill, the New Zealand-born Revell was well-primed for the histrionics of Hollywood. He founded a band, SPK, that utilized multi-media presentations — slides and films of surgery for example — to the accompaniment of flame throwers, oil drums and manipulated samples of buzzing swarms of insects. It was this inventiveness that inspired directors George Miller and Philip Noyce to invite him to score their film Dead Calm . Awarded an Australian Film Industry Award for Best Score, Revell was propelled onto a fast-track career as a composer.

A vivid palette of global colors is a distinctive Revell trademark. "Growing up in a multicultural society there was an effort to minimize contributions of ethnic culture," he points out. "Aboriginal music in Australia or Maori music in New Zealand was denigrated. We'd hear native voices singing Christian hymns or some strange variant. Until 20 years ago we didn't get to hear anything original." Armenian duduk, Japanese shakuhachi and kodo drums, African tribal percussion — all are much more than simply exotic spices to Revell. "I try to be reverential in terms of sacred music, to make sure it's used in a good light."

But it all comes down to the film speaking to him in a lucid cinematic language. "You sometimes walk into situations as a composer and there's a school of opinion that things should go one way and another school that things should go the other. I don't even get into the argument. I just say, 'Let me write what I think the movie is telling me to write and we'll see.' The only question we need to ask is, 'Does it work for everybody?' 99 out of 100 times everyone says, 'Yeah.' And both camps generally think it was their idea. That is the art of film scoring: whatever you do, it has to appear to be everyone else's idea."