Posted in MusicWorld on July 8, 2009 by Jonny Whiteside 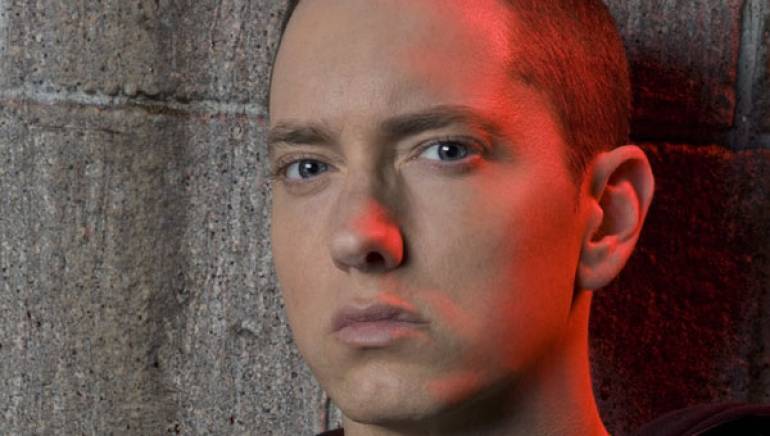 Anything less would have been a real shocker; after all, in Eminem, hordes of disaffected consumers found someone to believe in, and they have sucked up the rapper’s confections at breakneck speeds. Layering his highly spiced, shrewdly constructed pathology — equal parts exaggerated melodrama, rage, deep-seated frustration, and braggadocio — with exquisite care and a surgically precise gift for exploitation, Eminem represents a musical and cultural breakthrough.

A masterly lyricist with an ability to zero-in on targets guaranteed to elicit powerful responses (battering everyone from his own mother and wife to Christina Aguilera and George W. Bush), he also wields a rare gift for revealing psychologically intimate details of his own inner self. With a natural flair for almost cinematic song construction, Eminem flipped the hip-hop negative with emphatic, unprecedented success. The rapper rates as an irresistible force. And cool? He’s the guy who stayed home and napped through his own televised Oscar win, for the extraordinary “Lose Yourself” from the 8 Mile soundtrack.

His casual attitude at that moment of pinnacle achievement was hard-earned. Born Marshall Bruce Mathers II on October 17, 1972 — when his mother was just 15 — and raised without the benefit of a father, he grew up in a relatively bucolic suburban Missouri setting, but that soured after his family relocated to Warren, Michigan. Badly bullied at middle school, he was once beaten unconscious and remained in a coma for over a week. The result was an accelerated, knuckle-splitting maturation that found an appropriately untamed outlet in rapping. After gaining favor at a weekly local radio rap open mike (somewhat ironically, the call letters were KWHYT) and a subsequent foothold in Detroit’s hip-hop underground, Eminem was on his way. Despite the fact that his independently issued 1996 debut Infinite went virtually unnoticed, within three years, he attained — via venal alter ego Slim Shady — the sensational international success that made him a household name.

Eminem’s re-entry finds a climate that’s changed significantly since his last release, 2005’s greatest hits collection Curtain Call. Relapse positively bristles with the potential for slash-and-burn rampages on an entire new generation branded with “kick me” signs on their backsides, but any such speculation will doubtless pale in comparison to the album’s withering reality. After all, much of his time off was spent, as he wrote in 2008 book The Way I Am, “raising my kids [and] watching rap go to crap.”

Eminem necessarily operates at a dizzying artistic and commercial level. Like Elvis Presley circa 1956, he’s one of pop music’s most polarizing, controversial figures; like Frank Sinatra, he’s a remarkably self-possessed artist whose fatalistic manipulation of his audience’s own self-image carries magnetic appeal. Coming off this self-imposed musical drought, he’ll have no trouble meeting expectations: Relapse will certainly satisfy the world’s ravenous appetite for Eminem’s trenchant hall of mirrors.