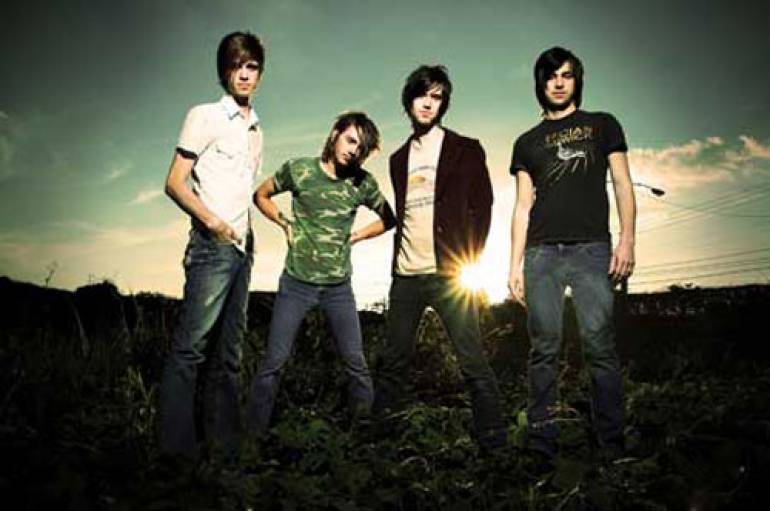 Elevation, featured in this month’s BMI Podcast series, is a rich dichotomy both in music and in persona.  Founded a few of years ago, Elevation has finally found themselves (and their music) while recording their freshman record. Often coined as mysterious or maybe even a bit enigmatic, Elevation’s riveting portrait may soon be companion to some of the ageless groups they idolize.

Elevation staked its humble roots in Atlanta, GA from the beginning.  These humble roots have since faded and the band’s form has been shaped.  Nathan Smith (Vocals, Guitar), Andrew Averso (Guitar), Jacob Arnold (Drums), and Jon Duke (Bass), use the diversity of their influences to sculpt their timeless sound.  After years of regional touring and consistent recording, Elevation got the exposure they were looking for when they were featured on a Bellsouth direct mail package that was sent to 5 million houses.  Soon after, in the summer of 2003, Elevation was featured in a Bellsouth film spot, which regionally aired for 4 months.

In the summer of 2004, Elevation began their first full-length record with Producer Dan Hannon. After months of intense writing, colorful performances, and endless studio drama, Elevation is putting the final touches on their debut release. The record explores a vast musical pedigree from modern rock to classic British pop and the collection hinges (and thrives) on its songs and ambitious vocals.

Anticipating the completion and release of the record, Elevation is gearing up for extensive East Coast touring in 2005.  Elevation’s history is still unfolding, but with the vitality and endurance of their songs and their inspired live performances, Elevation is poised to be America’s next great Rock group.