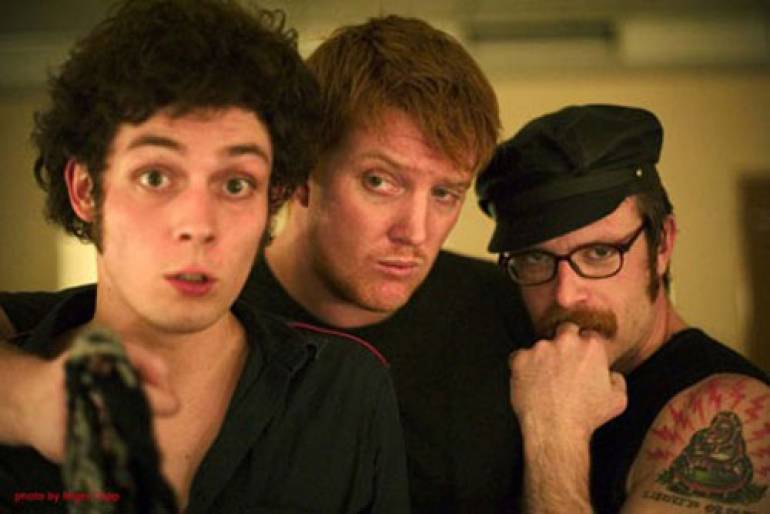 It seems that with each change of season, a member of Queens of the Stone Age is issuing a new album by one of their many side projects. 2004 saw the release of the debut full-length by The Eagles of Death Metal, Peace, Love Death Metal. The group’s chief contributors include QOTSA main man Josh Homme (who goes by the alias of Carlo Von Sexron, and handles drums, rather than his usual guitar/vocal duties) and Jesse Hughes (vocals, guitar). Both hail from Palm Desert, Calif., and have been friends since Hughes’ family moved to the aforementioned arid location in 1979. The pair bonded as teenagers while playing together on the same local soccer team, but went in separate career paths after graduation—Homme went on to form the underappreciated Kyuss before launching Queens of the Stone Age, while Hughes attended the University of South Carolina and became a journalist. Homme later re-entered the picture, and convinced his old friend (who was down in the dumps at the time over a divorce) to start jamming on music. The Eagles of Death Metal were formed soon after, as the group debuted with a few tracks on Volumes 3-4 of Homme’s ongoing Desert Sessions series in 1998.

Despite their misleading name, the group’s sound was more akin to classic garage rock, with some elements of the Rolling Stones added in for good measure. But the new group was put on the back burner while Homme got Queens of the Stone Age off the ground (interestingly enough, with another high school friend of both his and Hughes, bassist Nick Oliveri). When QOTSA quickly became one of the world’s most talked-about hard rock bands (due to such exceptional releases as 1998’s Queens of the Stone Age, 2000’s R, and 2002’s Songs for the Deaf), Homme sought to re-launch the Eagles of Death Metal as more than just a one-off project.

Reconvening in 2003, the duo recorded three-days worth of material (almost all of the songs being taped on the very first take). A buzz surrounding the group began amongst the QOTSA faithful when Homme wore an Eagles of Death Metal t-shirt throughout QOTSA’s Lollapalooza road jaunt that summer, while a sneak preview track, “I Only Want You,” was mysteriously leaked via mp3 among fans online. With QOTSA taking a breather, Homme and Hughes (with guitarist Timmy VanHamel in tow) then set out on the Eagles’ very first tour, as they opened up for Placebo during late November/early December. The group’s highly anticipated debut full-length, Peace, Love Death Metal finally surfaced in March of 2004 (after several proposed release dates came and went)—issued via Homme’s own Rekords Rekords label, and AntAcidAudio (a sister label of Ipecac Records, run by Mike Patton). The group’s first European tour followed shortly thereafter, opening for the Distillers. Additionally, Hughes supposedly recorded a solo album, Fabulous Weapons, a year before the recording of Peace, Love Death Metal. The recording was ultimately shelved, but as reported on the Eagles of Death Metal’s website, it may surface as a limited release.

Hughes and Homme reconvened in fall 2005 to make the second Eagles of Death Metal album; joined by Jack Black, Brody Dalle, Mark Lanegan and QOTSA’s Joey Castillo, they recorded Death by Sexy in eight days. After a brief U.K. tour late that year, the Eagles of Death Metal toured with the Strokes in spring 2006, leading up to Death by Sexy‘s release. 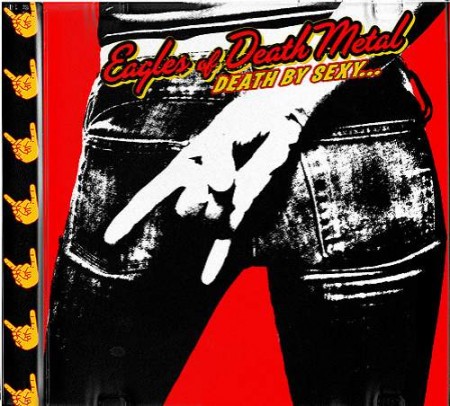