Posted in MusicWorld on February 27, 2009 by Bruce Britt 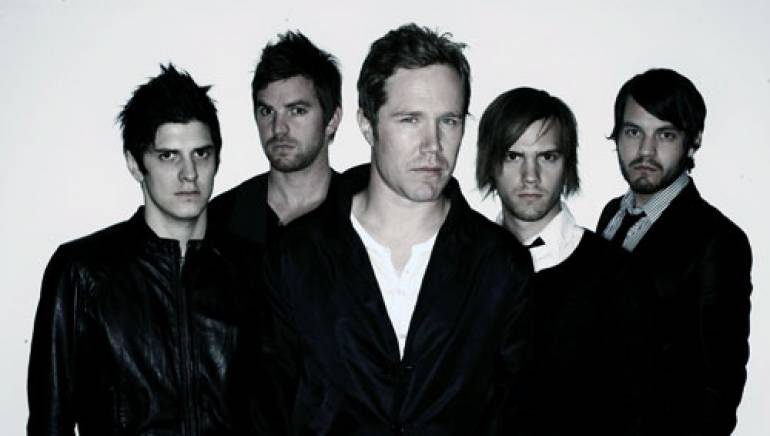 “You ain’t that special,” deadpans vocalist Tom Pritchard in the bittersweet original track of the same name by his band, Dynamite Walls. It’s an accusatory sentiment that encapsulates the swagger and candor of a band that clearly is special. Hailing from San Diego, CA, Pritchard and his cohorts specialize in smart, insinuating tunes that capture both the hopes and disillusionment of contemporary American life. Indeed, in an age of sledgehammer rhythms and infantile lyrics, Dynamite Walls’ original songs are so triumphantly nuanced, they restore one’s faith in intelligent pop-rock song craft. “Sold drugs to pay the rent…I made a fortune,” Pritchard sings on the poignant love song “Kiss and Ride,” eliciting both laughs and pity from the listener.

As it turns out, Pritchard only makes songwriting look easy. The singer, who is deeply concerned about artistic integrity, admits that composing is sometimes daunting.  “A smart songwriter has to keep the listener in mind,” Pritchard told BMI MusicWorld.  “It’s tough to make songs with hooks and poetics.  I love songwriting, but it’s work for me.”

Formed in 2006, Pritchard and his comrades—guitarist Alex Blundell, keyboardist Paul Kimmel, bassist Allan Bates and drummer Steve Serrano—opted to leave their individual bands to form Dynamite Walls. The group’s members shared a belief that great songs should relate a story while touching the lives of everyday folks.

One of the band’s most enthusiastic fans is record producer Paul Fox (XTC, The Sugarcubes, Phish, 10,000 Maniacs), who recently cut three new Dynamite Walls tracks that capture the band’s distinctive sound. With Fox on board as manager, producer and motivator, Dynamite Walls have adopted a calm, almost Zen-styled approach to success.

“We’re shopping for a label right now, but we’re not pleading and needing,” Pritchard says. “I can see everything coming together at once, where we eventually get a label that’s really behind the music and the band.”