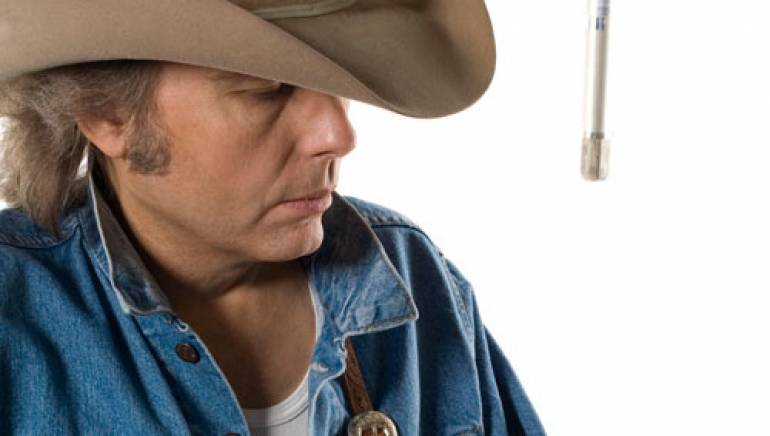 An exponent of West Coast honky-tonk whose success as a mainstream country artist helped redefine country’s relationship to its past, Dwight Yoakam has enjoyed an exemplary, far-ranging career as a singer, songwriter and film actor. Born in the eastern Kentucky town of Pikeville on Oct. 23, 1956, Yoakam grew up in Ohio, where he absorbed traditional country, Buck Owens and the Beatles. His music reflects these seemingly disparate influences, while his well-honed visual sense and eye for detail — Yoakam has shown impeccable taste in both his superbly crafted recordings and his insistence on just the right cut of Levi’s blue jean or underslung Mexican boot heel — has made him a guiding light among country’s neo-traditionalist singers.

Yoakam’s music updates tradition with glamour, and continues the Bakersfield sound of California country pioneers such as Owens and Wynn Stewart. Along with guitarist Pete Anderson, whose powerful guitar and sympathetic production would become an important part of Yoakam’s subsequent hit recordings, the singer moved to the Golden State in 1978 after rejection in Nashville. Once on the West Coast, Yoakam became part of a post-punk-rock scene that included other artists with a similar feel for combining roots and experimentation. He played shows alongside such bands as Rank and File and the Blasters, both of which owed a debt to the hardcore sounds of ’50s and ’60s country and the country-rock of Gram Parsons and the Byrds.

Although Yoakam made his debut on an independently recorded EP, A Town South of Bakersfield, in 1984, it was the 1986 release of Guitars, Cadillacs Etc. Etc. that established him as the latest in a line of neo-traditionalist artists who had come to prominence in the early part of the decade. And like John Anderson, Ricky Skaggs and George Strait, Yoakam toed the line between reverence for past glories and a desire to remake country in his own image. Guitars, Cadillacs produced two top-ten country singles: a brilliant cover of Johnny Horton’s “Honky Tonk Man” and the title track. He continued to have hits throughout the decade, while he proved himself master of his own slightly enigmatic but always intelligently presented persona.

In the ’90s, Yoakam and Anderson made records such as This Time and Gone, which produced more hit singles. The voice soared and seemed, at times, to comment on the down side of romance and success, while Anderson’s tightly wound licks dramatized every moment. Anderson produced 2003’s Population: Me; that record’s closing song, “The Back of Your Hand,” remains among Yoakam’s most devastating. Yoakam had also begun an acting career, notably in Billy Bob Thornton’s 1996 Sling Blade, and has continued to take on dramatic roles. After a split with Anderson, Yoakam produced 2005’s Blame the Vain and two years later released Dwight Sings Buck, a spirited tribute to one of the giants of the California-Nashville sound that Yoakam has drawn upon throughout his career. Like Owens, Yoakam is an innovator whose career proves that intelligent experimentation will always have a place in country music.