Posted in MusicWorld on August 26, 2010 by Drew Kennedy 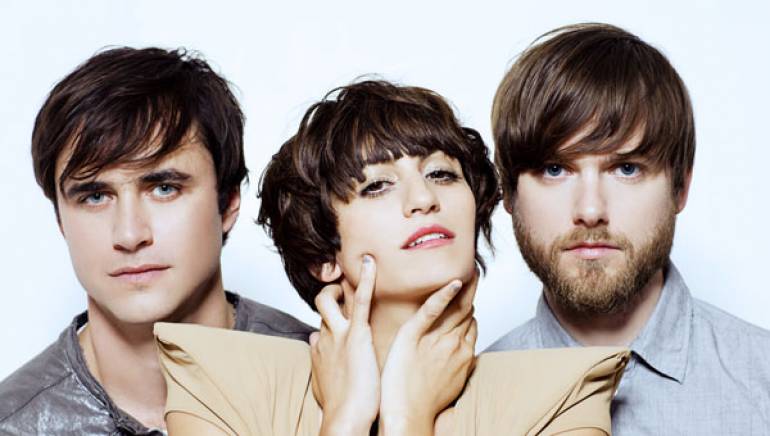 They started off strong. Impossibly strong: The Canadian-bred quartet led by vocalist and principle songwriter Martina Sorbara hit the stage for the first time as Dragonette in 2005. The second time they found themselves together in front of a crowd, they were supporting electro-pop godfathers New Order.

A leap like that would leave even the most veteran of performers a little shell-shocked, but perhaps the fledgling outfit was too young to notice. Armed with a brand of head-bobbing electronica that was unmistakably their own, Dragonette leapt from the minor leagues of music straight into the spotlight of the big time, and they didn’t miss a beat.

Now, sporting the freshly minted Mixin’ to Thrill, a remix album of their highly acclaimed 2009 offering Fixin to Thrill featuring three new tunes, the band again proves that a slow burn is not the kind of intensity-by-fire to which they prescribe.

Ultimately, Dragonette prove to be master architects when it comes to revamping familiar old into dance-ready new. Lead single “Volcano” finds Dragonette giving a playful nod to an era in which disco was king. And they accomplish the wink without dating themselves: It’s a modern bent on the classic waves of synth strings and driving beats that helped to fuel the craze of a bygone musical flashpoint.

With a featured spot on the summer staple Lollapalooza, the band was poised for an even bigger breakthrough. If Dragonette’s past grace in the face of giant leaps is any sort of barometer, the trio swept in and sauntered out with an entirely new legion of faithful, toe-tapping fans.