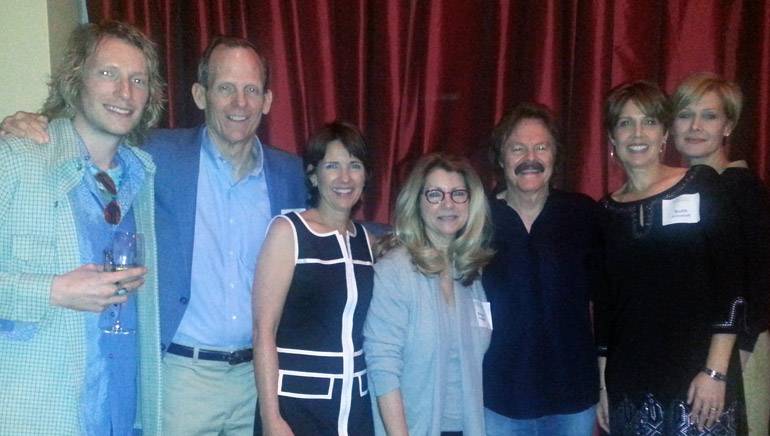 The annual Mentoring Inspiring Women in Radio (MIW) “Lipstick and Lobster” dinner, held recently (4/12/15) in Las Vegas in conjunction with the NAB conference, was highlighted by an appearance by legendary BMI songwriter and Doobie Brothers founder Tom Johnston. Johnston, who has served as the lead vocalist, guitarist and songwriter for the iconic band since its inception in 1969 , spent time meeting with the many female radio executives and industry partners who were in attendance.  Also on hand was BMI songwriter and lead singer for the Seattle rock band Branden Daniel and the Chics,  Branden Daniel.The MIW Radio Group is committed to advocating the advancement of women to senior positions in radio companies and corporations.