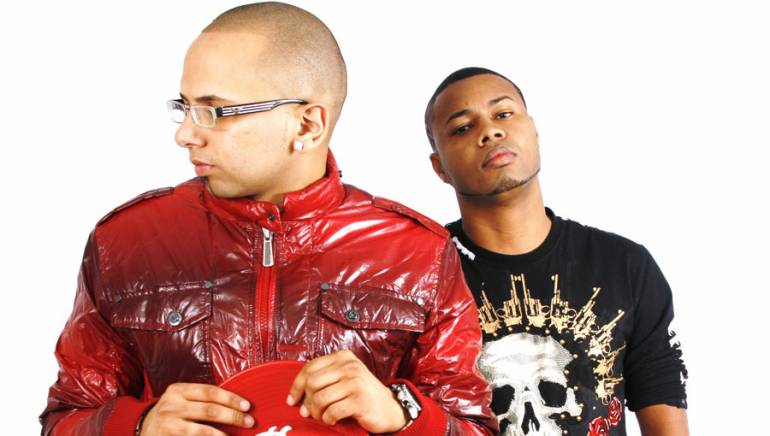 It all started as a joke at an impromptu recording session at DJ KO El Más Completo’s studio in the Bronx last summer. New York-based Dominican rappers Sensato and Sawezo, aka duo Del’ Patio, had been remixing a club joint by DJ Class into their own Spanglish-slang version. A few days later, Sensato invited rapper Black Pointe to improvise over the track, and DJ KO recorded a teaser clip of them jumping and goofing around to the resulting “Watagatapitusberry” track, which the collaborators then uploaded to YouTube.

A few days later, thousands of Del’ Patio fans in the Dominican Republic had created their own versions and parodies of “Watagatapitusberry,” some of which have now surpassed the 4 million views mark. This spring, Pitbull and Lil’ Jon recorded the official remix, along with a posh video featuring Del’ Patio, as well as Black Point, El Cata and DJ Class himself. The song will be part of Pitbull’s new Spanish album.

A fun tongue twister about girls and Blackberries, full of irresistible young energy, “Watagatapitusberry” is also catching on throughout Latin America and Europe. Says Del’ Patio manager Frank Reyna, “One fan video became so famous, people thought it was the original. We learned there’s a whole other way of marketing. It’s not even a song, it’s a phenomenon—like ‘Macarena’ and ‘Gasolina.’”

Del’ Patio met as teenagers in the Bronx and instantly clicked. Zigzagging between packed club shows in New York and Santo Domingo, they released countless mixtapes before dropping their first full-length album, La Gran Manzana, in December of last year.

Suddenly, the duo’s popularity has skyrocketed: performing with Pitbull at Calle Ocho, flying to Venezuela and Puerto Rico to perform, big reggaetoneros calling them up for collaborations. Five years into their partnership, the duo is proud about the hip-hop style they’ve helped create: “I see Latin hip-hop coming up, a lot of people listen to it,” says Sensato, 26. Adds Sawezo, 27, “We are more than that song; people are now realizing what we have to offer.”