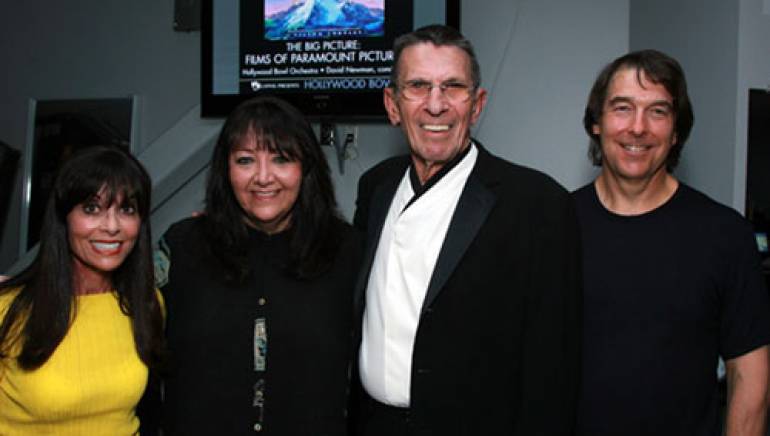 Celebrated BMI composer David Newman recently raised his baton to conduct the Hollywood Bowl Orchestra for “The Big Picture: The Films of Paramount Pictures.” The event, held September 2 at the Hollywood Bowl, commemorated the 95-year legacy of the movie house giant with film music performed live. Featured were works from movies ranging from 1927’s Wings to 2006’s Dreamgirls, and many in between.

In his 20-year career, Newman has scored over 100 films, ranging from War of the Roses, Hoffa, Bowfinger and Heathers to the more recent Serenity and Ice Age. The recipient of numerous BMI Film & Television Awards and other honors from the motion picture and classical music industries, he holds an Academy Award nomination for his score to the animated feature Anastasia and was the first composer to have his piece, “1001 Nights,” performed in the Los Angeles Philharmonic’s FILMHARMONIC Series.