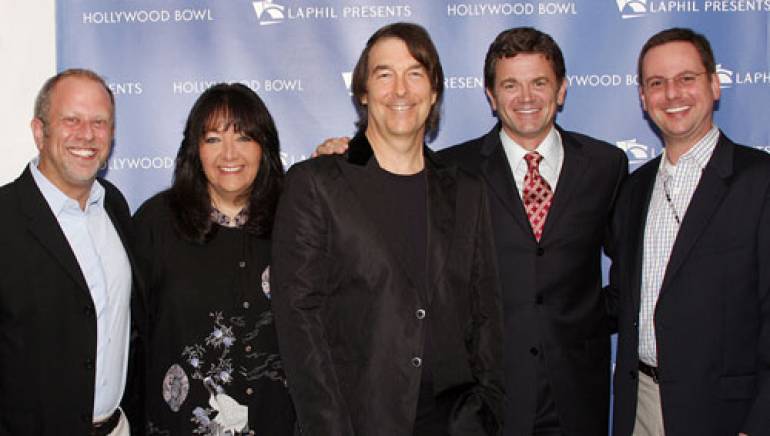 Celebrated BMI composer David Newman recently raised his baton to conduct the Hollywood Bowl Orchestra for “The Big Picture: The Films of Warner Bros.” The event, held August 31 at the Hollywood Bowl, paid tribute to the movie house’s 85-year history with music ranging from the various composers of Casablanca, Rebel Without a Cause, Blazing Saddles, to Harry Potter and The Dark Knight with film scenes projected on the big screens around the Bowl.

Newman, in his 21-year career, has scored over 100 films, ranging from War of the Roses, Hoffa, Bowfinger, Heathers, Serenity and Ice Age, to the anticipated upcoming film, The Spirit, an adaptation based on the newspaper strip of the same name created by Will Eisner. The recipient of numerous BMI Film & Television Awards and other honors from the motion picture and classical music industries, he holds an Academy Award nomination for his score to the animated feature Anastasia and was the first composer to have his piece, “1001 Nights” performed in the Los Angeles Philharmonic’s FILMHARMONIC Series. Currently, Newman holds the title of President of the Board of the American Youth Symphony.