Posted in MusicWorld on February 17, 2008 by Dave Helland 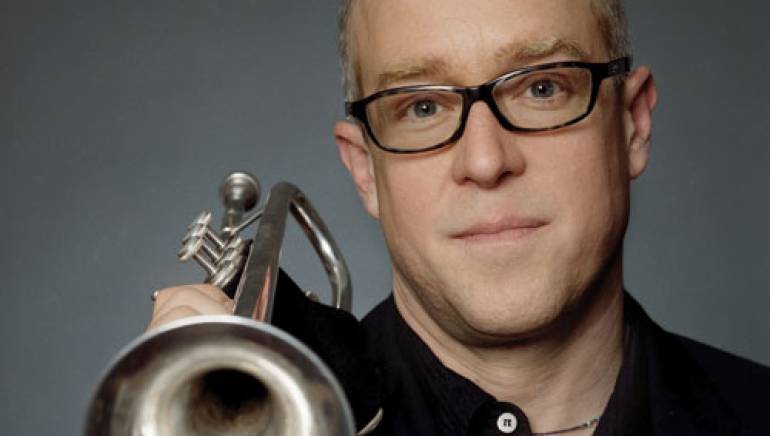 “You have to develop your language somewhere. For me, that happens when I’m composing. Putting something on paper means ‘I wouldn’t mind hearing this again.’ That takes guts and develops the inner ear,” explains Dave Douglas. The 44-year trumpeter is a musician of many parts with almost two-dozen albums available from his Greenleaf Music website. He is director of the Banff International Workshop in Jazz and Creative Music and co-founded the Festival of New Trumpet Music. For this jazzman, “[Improvising and composing] go hand in hand, each illuminating the other.”

“I try to arrange my own material as freely as if I don’t owe myself anything,” explains Douglas. “That way you can make the unkindest cuts, which are sometimes necessary. But I think that with someone else’s material you have to ask yourself if the piece still makes sense or if you want it to. Do you want it to be recognizable?”

“Horace thought that what makes a player great is not what they play over each chord, but how they get from one chord to the next: voice leading, resolution. Horace really drove home that what was hip was the movement in the line,” notes Douglas. That’s a lesson I have kept with me even in the most abstract situations.”