Posted in MusicWorld on February 28, 2011 by Drew Kennedy 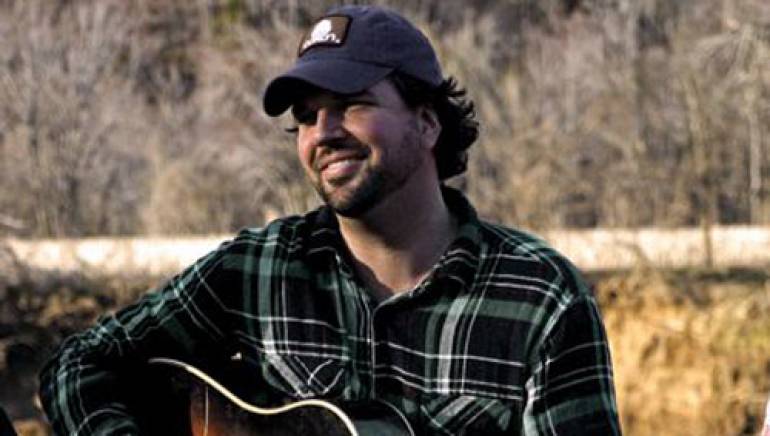 If you were to be lucky enough to corner a chart-topping songwriter in Nashville, say, at some locals-only lunch hotspot a few paces from Music Row, and if—during that cornering—you were able to ask this writer what it was that aided in their breaking into the forefront of the industry’s writing elite, promoted from the within the ranks of its many struggling scribes, the answers you could expect to receive are as numerous as the mid-day combos that might be found plastered above the restaurant’s waiting cashiers station. In other words, they don’t usually vary from the standard responses of “hard work,” “luck,” and “good timing”—the veritable combo numbers one, two, and three of responses such a question usually garners.

Dallas Davidson, a quick-witted and affable Georgian and the co-author of five chart-topping country hits during 2010 alone, is, refreshingly, less predictable.

“Truth be told, my friends are the reason why I’m where I am,” he says.

After being convinced that he could find success in Music City by his childhood friend and recording BMI artist/songwriter Luke Bryan, Davidson arrived in Nashville in 2004 and quickly found a spot in within a circle of newfound contemporaries thanks to the introductions afforded him by his old running buddy.

“I fell in with guys like Luke and Jamey Johnson and Randy Houser—we just developed this tight-knit friendship, all of us,” he explains. “We kind of operated, and still do, under this unspoken buddy system. Everyone has everyone’s backs, and it’s just a really cool thing. They’re my brothers.”

The loyalty Davidson readily shared with these writers, a list that now reads more like a collection of who’s who among Nashville’s new hit-makers than it does a group of rag-tag and likeminded guitar pickers, paid off just two years after his arrival when Trace Adkins took the Davidson/Johnson/Houser co-penned “Honky Tonk Badonkadonk” to the second spot on the Billboard charts. What happened after that first success was nothing short of astounding—fifteen songs bearing Davidson’s co-writing credit would chart in the four years that followed. The cream of this treasure-laden crop, Blake Shelton’s “All About Tonight,” Josh Turner’s “All Over Me,” Joe Nichols’ “Gimme That Girl,” Luke Bryan’s “Rain Is A Good Thing,” the Brad Paisley / Keith Urban duet “Start a Band,” and Billy Currington’s “That’s How Country Boys Roll” might just as well be the tracklisting for a definitive collection of the sound of country music in the new millennium. And it’s all from the pen of a relative newcomer in the eyes of the Nashville establishment.

Davidson, however, is quick to share the praise that his impressive record has rightly earned him.

“It’s all about us doing it together. I’ve got this circle of friends, and we have this comfort level—this familiarity between all of us. I almost feel like it’s cheating sometimes…co-writing, I mean,” he says. “You write what you know, and you do it with people that you know, and who know you. That’s how I look at it—that’s what makes it fun for me.”

If the past is any indicator, Dallas Davidson’s popularity among veteran and upstart recording acts alike looks as if it will continue its upward climb towards a precipice of venerability; his seemingly unlimited creative output is matched in measure only by the success which it has earned him. And all of this from a man whose first trip to Nashville wasn’t even on his own behalf.

“I drove Luke [Bryan] up to Nashville for the first time back when he decided to make the move from where we lived in Albany,” he remembers. “It was me, him, and his girlfriend…she cried the whole way back to Georgia.”