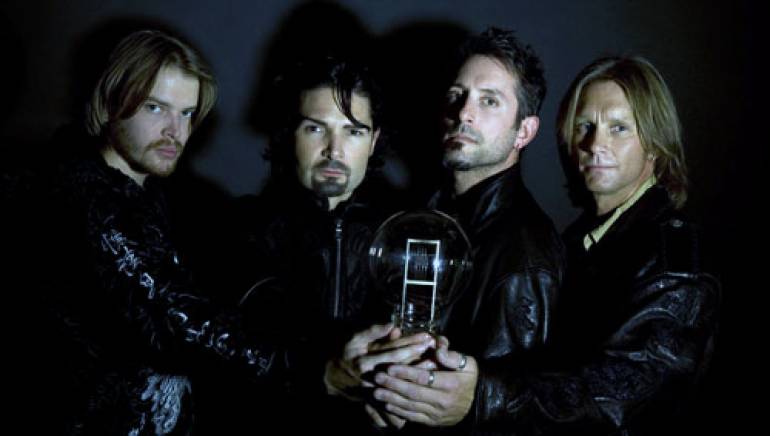 Unbeknownst to many, the former child/teen actor — who starred in such ’80s classics as The Lost Boys, Gremlins and Stand By Me — is also a singer/songwriter.

He and his band Truth Movement are set to release their sophomore effort, Technology Analogy, on Feldman’s own newly launched label, Cifi Records. The 13-track smorgasbord of rock, house and techno is actually Feldman’s fourth album and features the environmentally friendly single “Green Is the Colour.”

Co-written by Jon Carin of Pink Floyd fame, the track urges listeners to go green and is already creating a buzz on the Internet, with environmental groups adopting it as their theme song. In fact, the go-green theme is a key element of the entire album, which boasts being made with 100 percent biodegradable materials.

Ranked number 8 on VH-1’s “100 Greatest Kid Stars” list, Feldman’s rise to fame began at the age of 3 after landing a McDonald’s commercial. His breakthrough role in 1985’s The Goonies opened Hollywood’s doors and eventually led to his fateful pairing with Lost Boys co-star Corey Haim.

The duo, whose on-screen chemistry sparked their friendship, reunited in 2006 to star in the A&E reality show aptly named The Two Coreys. The now-canceled series also featured his real-life wife Susie Feldman, whom he married on an episode of his other reality show stint, The Surreal Life.

With musical roots dating back to 1989’s Dream A Little Dream, Feldman also contributed songs to Rock ‘n’ Roll High School Forever and composed the score to 1995’s Dream A Little Dream 2. Other movies on the actor’s resume include License To Drive, The Burbs and Friday the 13th IV. His latest film, Terror Inside, debuted at the recent Ft. Lauderdale Film Festival, where he earned a Crystal Reel Award for best actor.

Over the years, Feldman’s career was often overshadowed by his struggle with drugs (he’s been sober since 1991), his friendship with Michael Jackson (remember that molestation trial?) and his short-lived relationship with Drew Barrymore (he later married and divorced General Hospital star Vanessa Marcil).

Feldman, who vows to keep his 4-year-old son, Zen, out of the entertainment business, is now devoting much of his time to his musical career as well as continuing his passion for acting.