Posted in MusicWorld on June 23, 2011 by Kevin Zimmerman 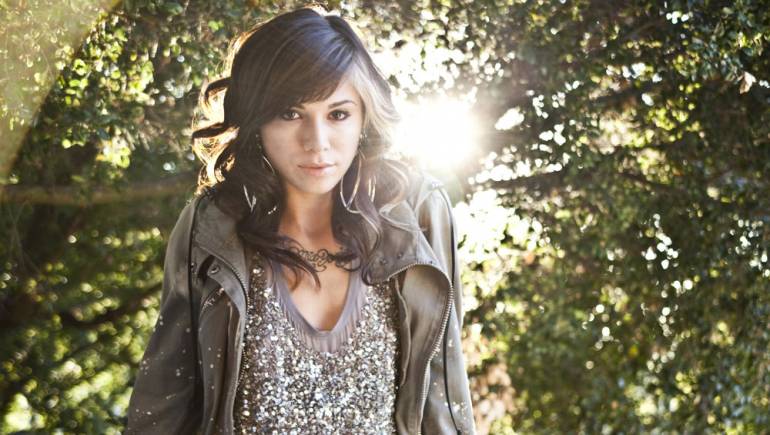 “It’s been bananas, just the craziest whirlwind ride. It’s like everything that shouldn’t happen, happened.”

So says an understandably excited Christina Perri, whose pop tune “Jar of Hearts” caught the attention of the producers of Fox’s So You Think You Can Dance and led directly to heavy rotation on radio stations nationwide, a deal with Atlantic Records (which released her debut album, Lovestrong, on May 10) and a supporting slot for James Blunt.

The now-23-year-old Perri grew up singing Christmas carols in her family’s barbershop “whether anybody wanted to listen or not.” Once she got involved in her high school’s theater program, she never looked back: Her big voice was a natural for school productions, and falling in — and then out — of love at the age of 15 inspired her first two compositions.

Strong emotions remain the key to her songwriting: “Whether I’m in love, out of love, happy, sad, lonely, or scared … I can’t just sit down and write to order; I need that volcano inside of me, building, to really get me to put a song across.”

The So You Think incident, which came about when a mutual friend passed Perri’s song on to the show’s choreographer, “was just something that connected at the right time. There were like seven other songs that night, but mine really shone through. I found out about it on a Friday, it aired the following Wednesday, and by midnight that night everything had changed.”

Perri’s under no illusion that it’ll all be this easy, however. “I see people like Lady Gaga and Katy Perry zooming above me on ski-lifts, and I’m just slowly trudging up the same hill on foot,” she says. “But I feel like I’m getting there.”