Posted in MusicWorld on April 30, 2007 by Kevin Zimmerman 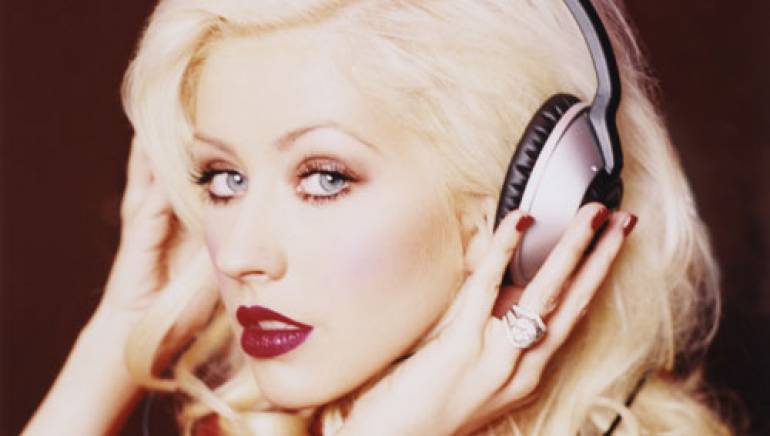 Given her all-conquering media presence, it’s hard to believe that Christina Aguilera’s current release, Back to Basics (RCA), is just her third English-language album of original material. Perhaps even more surprising is the fact that, after selling over 25 million albums worldwide with her brand of sultry dance-pop, the artist decided to go with a modern take on vintage jazz, soul and blues.

“This is a concept album that follows a bold vision,” she declares. “The touchstones are Billie Holiday, Otis Redding, Etta James and Ella Fitzgerald — what I used to call my ‘fun music’ when I was a little girl.”

A double album, Basics utilizes an orchestra, choir, string quartet and jazz horns throughout, ranging from a 1920s-style blues feel on “I Got Trouble” to the delicious Andrews Sisters-influenced “Candy Man” and the zoot-suit riot of “Ain’t No Other Man.”

But lest longtime fans fear that Aguilera’s trying to be the next Rosemary Clooney, there are still plenty of modern sounds, from the emotionally naked “Save Me from Myself” to the risqué “Nasty Naughty Boy” and the straight-ahead club track “Still Dirrty” (a reference to her previous ode to raunch, “Dirrty,” from the 2002 album Stripped). It’s been quite a journey from her early days as a member of “The New Mickey Mouse Club” (alongside fellow future stars Justin Timberlake and Britney Spears). Aguilera’s first self-titled album showed off her pipes and pop smarts via such instant hits as “Genie in a Bottle” and “What A Girl Wants,” while 2000’s My Kind of Christmas album was a strong seller.

It was her appearance alongside Pink, Mya and Lil’ Kim on the Moulin Rouge cover of “Lady Marmalade,” however, that brought the former teen queen’s sexuality to the fore, something that was emphasized on Stripped. With Back to Basics, the artist reveals just how mature she’s become.

“When you’re 17-years-old, green and inexperienced, you’re grateful for any guidance and direction you can get,” she recalls. However, within a few years, “I felt trapped. I was under the thumb of people who were mostly interested in keeping me doing exactly the same thing.

“But I’m not blaming anyone,” she quickly adds. “You learn fast in this business and, once I knew where I wanted to go, I didn’t let anyone get in my way.”

The prolonged layoff after Stripped — combined with her 2005 marriage to music executive Jordan Bratman — helped re-energize her. “I needed a break,” she states. “I began realizing that I should be experiencing a bit more of life than TV and recording studios, hotels and green rooms.”

Good thing she caught her breath when she did: On the heels of Basics going straight to No. 1 on the Billboard chart, Aguilera’s currently in the midst of a world tour that will last at least through spring 2007.

“I’m driven,” she understates with a laugh.