Posted in MusicWorld on August 16, 2010 by Ellen Mallernee 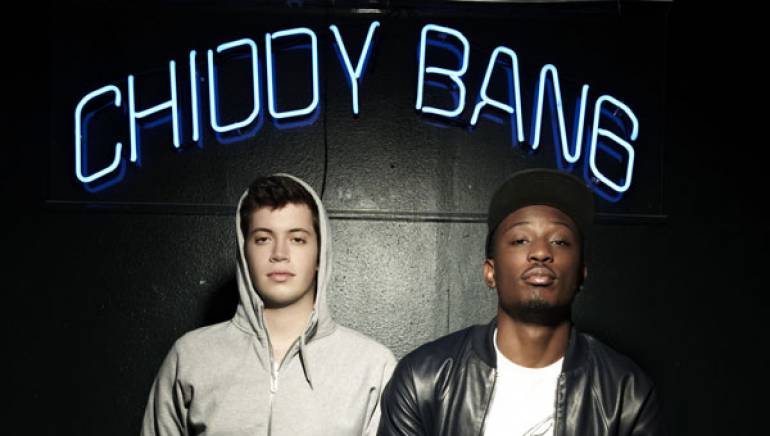 Imagine that you are an American teenager. You are an aspiring rapper. And in the course of a single year, you go from playing keg parties in dorm rooms to commanding crowds in far-flung cities like London. And, get this: The radios there are playing your songs. In that same year, you earn the backslaps of hip-hop behemoths like Pharrell, Q-Tip and Kanye West.

All this really happened to Chidera “Chiddy” Anamege, one half of Chiddy Bang.

Born in Nigeria and raised in New Jersey, Chiddy set off for college at Philadelphia’s Drexel University two summers ago. There he met fellow freshman Noah “Xaphoon Jones” Beresin. Their dorms were next door to one another, and they hit it off right away. Chiddy brought the lyrics and Noah brought the beats, and each one very much needed the other. Noah used his computer to graft electronic beats and pieces of songs from Tom Waits and Radiohead onto Chiddy’s masterful freestyle raps. It sounded insanely good.

Checking in with BMI from a tour stop in Pittsburgh, Chiddy scratches his head about what happened next. “It all started about a year and a half ago,” he says. “At first I didn’t really know much about blogs and how important the Internet was. Now the Internet is our main sense of security.”

Last fall, Chiddy Bang dropped a free download of their first “mixtape” — the vibrant Swelly Express, which sampled indie acts Passion Pit, Sufjan Stevens and MGMT — and a few heavily trafficked music blogs quickly freaked out over it. That tape, and subsequent mixes, caught on especially well in the U.K., and before Chiddy and Noah knew it they were pressing their babyfaces against the windows of cars chauffeuring them to sites like the Eiffel Tower.

The pace hasn’t slowed—and it won’t. In the next couple of months, Chiddy Bang’s first LP will hit record stores, and they’ve just begun their Swelly Life Tour. It’s a months-long jaunt that will take them throughout the U.S. and the U.K. He’s grateful, he’s happy, but 19-year-old Chiddy admits he misses having time for people he loves and for lazy days back home.

“Growing up in New Jersey rapping is what everyone was doing — it was the sport of choice,” says Chiddy. “It was almost weird if kids weren’t outside on a summer afternoon, on the stoop spittin’. I’m happy that it happened that way — just for the love of it.”