Posted in MusicWorld on February 13, 2011 by Danica Daniel 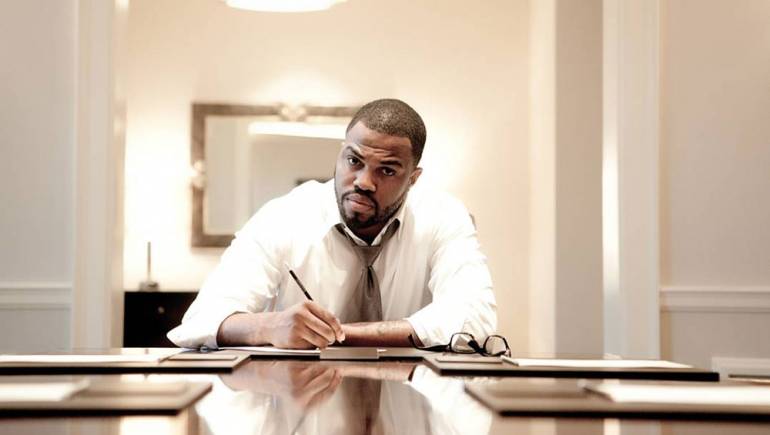 With a sprinkle of sexiness and a dash of innuendo, Atlanta-based songwriter Tony “Chef Tone” Scales dishes appetizing love songs and bold club bangers for r&b heavy-hitters like Jamie Foxx, Mario, J. Holiday, Sammie and, most notably, R. Kelly and Trey Songz. “I’m trying to apply pressure to these other writers and be remarkable at the same time,” says the 27-year-old. “I write based on reality. I write life.”

As a teenager growing up on the south side of Chicago, Chef Tone avoided the pitfalls of inner-city living by shooting hoops. His wicked ball play left a bad taste in his opponent’s mouth, garnering Scales his moniker and the attention of the Pied Piper of r&b, R. Kelly.

Kelly liked Chef Tone so much that at 15, the teen moved into the superstar’s home. Chef spent the next few years sitting in on studio sessions and listening to the crooner sing around the house. He grew anxious to make his own mark.

Honing his skills first as a rapper, Chef Tone began writing at 19 and got his songs in rotation on Power 92, one of Chicago’s hottest radio stations. Then, Chef Tone struck artistic gold: He collaborated on five chart-toppers for Trey Songz’s third album Ready, including “Say Aah,” “Yo Side of the Bed” and “LOL :-).” Now Chef Tone is stirring up the pot for Rihanna’s upcoming album Loud.

His recipe for success is simple.

“Work hard everyday,” declares Chef. “Sometimes I would want to leave the studio and Kelly would tell me, ‘A fireman always sleeps next to his pole in case of a fire. A writer should always be in the studio.’ You got to be extremely passionate about what you do. Never focus on the money, just focus on being as good as you can at your craft, and the money will come.”