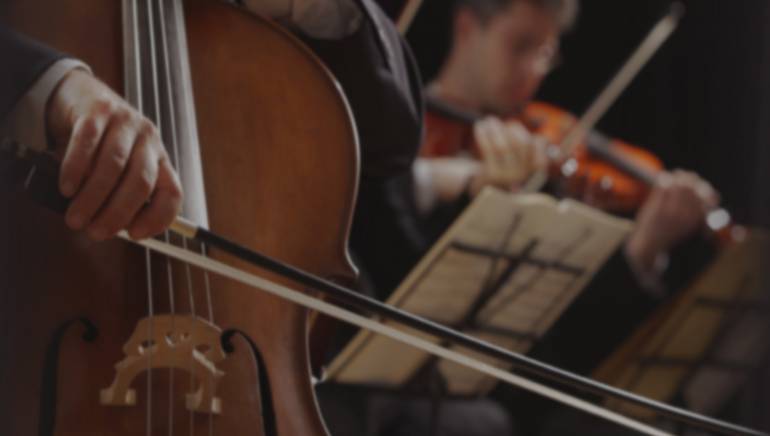 September not only signals the beginning of fall, that glorious season of changing leaves and brisk air, but it’s also Classical Music Month, during which we celebrate the extraordinary achievements of our Broadcast Music, Inc. composers. Whether you’re a classical music aficionado or you’re looking to expand your musical palette, there are plenty of opportunities to enjoy a great classical concert in the coming months. From San Francisco to New York City and beyond, BMI has got you covered with this guide to ensembles showcasing our talented composers’ work throughout the remainder of 2013.

Great Noise Ensemble
This season, the highly regarded ensemble whose mission it is to promote emerging talent in contemporary music, will come together for Taught the Band to Play (The Sgt. Pepper Project). The performance will feature the work of composers’ own creations directly inspired by one of the tracks on The Beatles’ iconic 1967 album, Sgt. Pepper’s Lonely Hearts Club Band. Conducted by BMI’s Armando Bayolo and featuring the work of six BMI-affiliated composers – Sean Doyle, Joshua Bornfield, Stephen Gorbos, David T. Little, David Ludwig and Judah Adashi – Great Noise Ensemble’s Taught the Band to Play is a celebration, by way of classical music, of one of the most influential albums in history. The event happens at Washington, D.C.’s Atlas Performing Arts Center on September 21, 2013.

Alarm Will Sound
New York City’s 20-member ensemble is known for taking on the work of the most experimental and genre-shattering composers and delivering them with consistent enthusiasm. On November 16, the ensemble will be performing an All Steve Reich Concert at the Metropolitan Museum of Art in New York, featuring some of the best work of the acclaimed BMI affiliate and Pulitzer Prize-winning composer. Later on in the season, on November 23, Alarm Will Sound will be at the Cresc Biennale in Frankfurt, Germany, performing BMI composer John Adams’ minimalist classic “Scratchband.”

American Modern Ensemble
The American Modern Ensemble (AME) is a well-known organization in New York City – its efforts to draw from a wide range of American contemporary composers, spanning across genres, have been recognized and praised. At the Metropolitan Museum of Art’s Balcony Bar Series, on August 23 and 24 and October 4 and 5, AME musicians will be performing the work of BMI composers Charles Ives, the late American modernist, and Ellen Taaffe Zwilich, the Pulitzer Prize-winning post-modernist. On October 16, AME will be joined by the Mazzini Dance Collective for a collaborative concert and dance performance featuring the work of BMI’s Lembit Beecher (Frantic Knarly Still) and Pierre Jalbert (Visual Abstract) at Roulette in Brooklyn. On December 3, the ensemble will perform the work of BMI’s Aaron Jay Kernis (Pieces of Winter Sky) and Russell Platt (Paul Muldoon Songs) at the DiMenna Center in New York for the release of the album Winter Songs, featuring vocal music by AME founder and artistic director Robert Paterson.

Present Music
Milwaukee’s Present Music has been lauded for its ambitious programming and game-changing events in the classical music scene in the Midwest. In the fall, the new-music ensemble will take on John Luther Adams’ beloved “Inuksuit” at the Lynden Sculpture Garden on September 7, a performance in which 99 percussionists will perform the BMI composer’s work, arranged in three circles while concert-goers experience the music differently – by walking around the performers in the garden. On October 12, Present Music will be joined by Chicago quartet Third Coast Percussion to perform Steve Reich’s “Daniel Variations,” a work the BMI composer wrote interweaving words from the biblical Book of Daniel and from late journalist Daniel Pearl.

International Contemporary Ensemble
The International Contemporary Ensemble (ICE) is a Chicago-New York collective of 33 young, multi-talented instrumentalists who have been acclaimed as solo performers and as a whole. In the fall, the ICE joins the lineup of the Beethoven Festival at the Gottlieb Hall in Chicago on September 13 to perform the work of Matthias Pintscher, the German classical musician who is the head of the Ensemble Intercontemporain in Paris. Claire Chase, “the young star of the modern flute” according to The New Yorker, will deliver a free performance at Constellation in Chicago, featuring the work of BMI’s Steve Reich, Alvin Lucier and Edgard Varèse. On October 20, as part of the Chicago Humanities Festival, ICE musicians will perform George Crumb’s Vox Balaenae, the now classic 20th century composition inspired by the recordings of humpback whale songs.

Left Coast Chamber Ensemble
San Francisco’s Left Coast Chamber Ensemble lives up to its “Where Classical Meets Contemporary” motto this season. In the first show, Point Counter Point, on September 15 and 16, BMI’s Elliott Carter will be highlighted in a roster that explores the extremes in both simple and complex chamber music. Left Coast will feature Carter’s “Sonata for Flute, Oboe, Cello & Harpsichord.” In Left Coast String Bands on December 8 and 9, the first movement of Edgar Meyer’s Concert Duo for Violin and Double Bass will be featured in an event that explores the versatility of string ensembles.