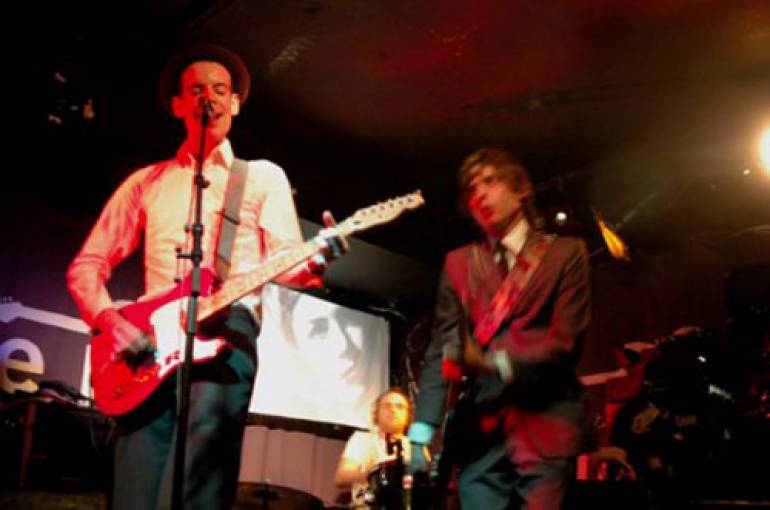 Sporting a battered Trilby and still clutching the first guitar he’d ever bought, Rik Flynn set out to find the most diverse group of people he could, to bring his vision to life. The plan was to do the opposite of everything he had ever done. Approaching interesting looking strangers, agreeing to things he would normally say no to and refusing to accept anything less than perfection. Empowered with this new attitude, Captain began to take shape. “It was kind of like the Breakfast Club, this odd group of people feeling their way around each other.”

Rik approached Mario at a Greek party. “I only went because usually I would have turned down the invite. I saw this body slumped in the corner, I didn’t know if he played anything or even if he spoke English, but I hated his jumper and my heart told me to go, so I did.” The following week they were forging the beginnings of the Captain sound.

Continuing the process of finding opposites, Rik met Clare, a “straight-laced health-freak.” The only thing they had in common was their mutual love of singing. She was perfect. “It all seemed so bizarre,” Rik remembers. “People were kind of falling in my lap, it was like going to a town you’ve never been to before, in a country you’ve never been to before, and the moment you stepped off the plane, you’d met your best friends.”

Next to arrive was Reuben. Rik was force-fed religion as a child, and as a result, ran away from anything with a faint whiff of it. However, once he found out that there was a drummer around who was quite literally the “son of a preacher man,” he seemed like the obvious choice. “I’d found the rest of the band simply because I’d turned my preconceptions on their head, so why stop there.”

Bass players proved elusive fo a while. “We used to rehearse without one. No-one we’d tried seemed to fit. Most of the people I met were just too much like band members, if you know what I mean. I wanted someone who looked nothing like one, spoke nothing like one, but that just played the bass. When I met Alex, he looked like a surfer, which for me was the least likely person that I’d choose - so I asked him to join and bizarrely, he did.”

With all the misfits in place, Rik and Mario started “The Hat,” their monthly club night showcasing the weird and the wonderful and indulging their love of the 20’s and 30’s.

The band are set to release their debut single in October. A thunderous ode to bloody-mindedness, “Frontline” is the freshest thing you’ll hear this year. See them on tour soon and expect everything to be upside down.