Posted in MusicWorld on February 18, 2011 by Malcolm Venable 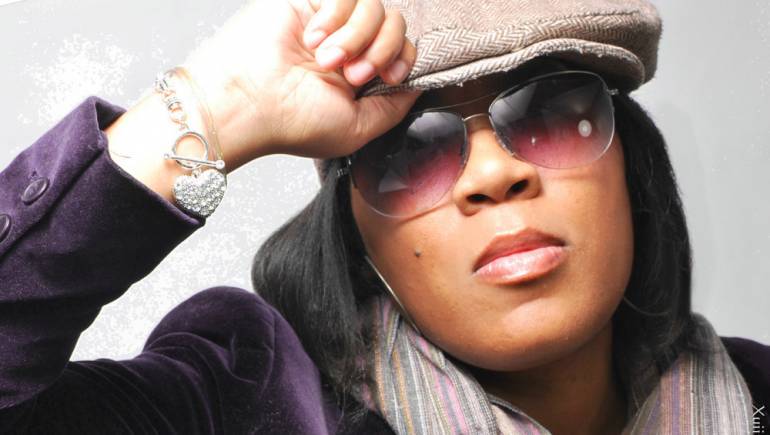 You might be inclined to guess that Canita Rogers, winner of BMI’s Building the Beat workshop and competition in October of last year, would have gravitated towards gospel music right away as a result of growing up in Alabama – after all, it’s in the heart of the Bible Belt. Naturally, she did play in church some as a child, but Rogers, who’s been studying music since the 2nd grade, says what she really imagined for herself as a child was a bit unorthodox.

“I wanted to be a classical pianist,” she says. To achieve that goal, she attended Alabama A&M, where a full-on love affair with classical began.

In addition to a music education degree, Rogers left college in 2002 with expanded influences, thanks to new friends who introduced her to gospel and r&b. They taught her new chord progressions, how to use the keys and scales in new ways. “With other musicians, I learned to learn to stay where I was, without stepping on anyone else’s toes. I think every musician needs to have a classical background.”

Friends in her sorority, Sigma Alpha Iota, noted her reserved demeanor and nicknamed her “Quiet Girl”; it’s now the name of her production company, which she began in 2006.

Since establishing herself as a professional, Rogers has produced music for a number of clients. She spends lots of time traveling to Los Angeles and Atlanta, where she does session work with the rapper Bone Crusher.

She recalls being thrilled when getting the invitation to take part in the workshop. “I wasn’t expecting anything except to go and learn and meet other people,” she says. Of course, she ended up gaining much more: She says that hearing Mr. Bangladesh’s personal story, advice and constructive criticism encouraged her greatly.

For the competition, her trio of submissions included ballads and an up-tempo club track, the last putting the deciding vote in her corner. The quiet girl that just hoped to have met some people and learn a few new things won. “I was really shocked,” she says. “I’m very happy.”

Since the competition, she says, she’s seen an uptick in calls from clients, and she’s redoubling her efforts to move to either Los Angeles or Atlanta. In the meantime, she’s continuing to use studios in her own home and the one she installed at her mom’s to write, produce and develop her other passion: scoring films.

“My inspiration would be Quincy Jones,” she says. Like Jones, she’d like to move as seamlessly through different genres and format as the music legend. “There’s a longevity with his music. I want longevity.”