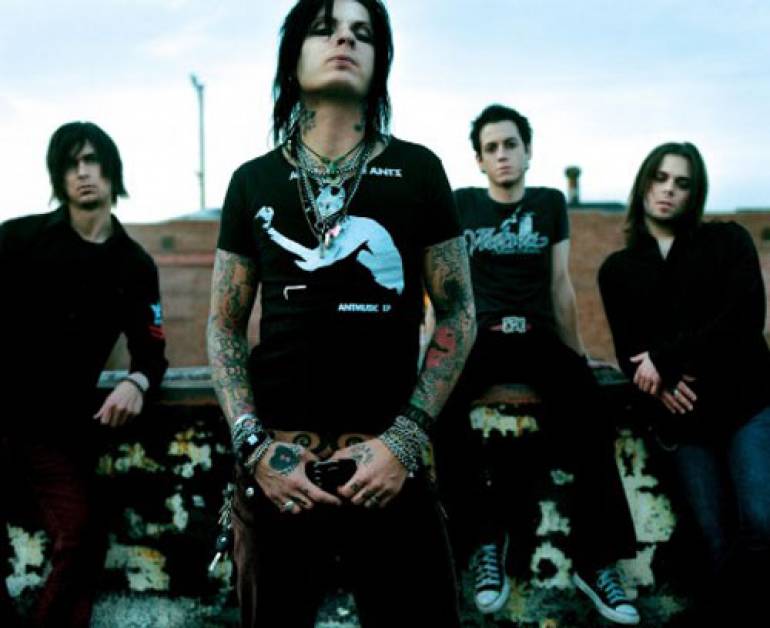 Southern California-based Bullets and Octane and its four musically gifted members serve up an unrelenting, combustible hybrid of gritty, punk-influenced hard rock. While it may have you singing along, make no mistake—this is punch to the throat rock with an in-your-face attitude. The band’s name says it all; it’s their aggressive sound and high-energy style that resonates with their fervent fans and ignites a trail of new ones wherever they go.

Singer Gene Louis and bassist Brent Clawson are longtime St. Louis friends who’ve been playing together since they were kids. They moved to Orange County, Calif., and started a band with Gene playing drums. Gene’s a drummer you ask? Yes. His father was a big band drummer and Dixieland jazz star, and he’d been a music teacher in the Midwest where he taught another legend, Dave Weckl. “As long as I can remember I was playing Dixieland jazz on the road with my dad,” says Gene, who is named after two of the world’s most influential drummers, Gene Krupa and Louis Belson.

When their singer quit, Gene knew it was either back to St. Louis or take over the frontman position…and St. Louis was not an option. To replace his role as drummer, Gene recruited long-time St. Louis friend Ty Smith, who at the time was playing with seminal punk rock acts Guttermouth and The Vandals. Then came guitarist and fellow Missourian James Daniel, who they knew from years past. In 2004, Bullets and Octane released The Revelry on the indie label Ares Records. Fans loved it, and it complemented their live show with no-holds barred, anthemic verse-chorus explosions.

In the Mouth of the Young, the band’s RCA debut, was produced by Page Hamilton of Helmet fame and mixed by underground icon Ken Andrews of Failure. Page and Ken were able to build upon Bullets and Octane’s “leftfield” perspective and take it to new heights. Fiery and fearless, In the Mouth of the Young boasts 12 hard-hitting rock songs loaded with grit and imperfect urgency. Even though the knobs have been tightly tweaked to sonic perfection, the band’s performance reveals an album that truly breathes.

It’s Bullets and Octane’s raw, intense live show that ropes in fans and fellow musicians alike. Social Distortion’s Mike Ness was so impressed with the band he extended what was originally two weeks of touring together to six. After four weeks on the “City of Evil” tour, Avenged Sevenfold invited the band back out for the entire second leg and then again as direct support in Europe. Eagles of Death Metal and Flogging Molly are two more who have invited Bullets and Octane to join them on the road.

Since the band’s first show New Year’s Eve 2000, they have been touring relentlessly and creating the blistering, passionate, melodic hard rock that’s endeared fans nationwide. It’s all rock’n’roll, and at its core lives a big ol’ “f**k you” …never compromising and never taking no as an answer. Bullets and Octane may or may not be your savior, but they’re sure to wake you from your mediocre music scene-induced coma.