Posted in MusicWorld on August 30, 2010 by Ellen Mallernee 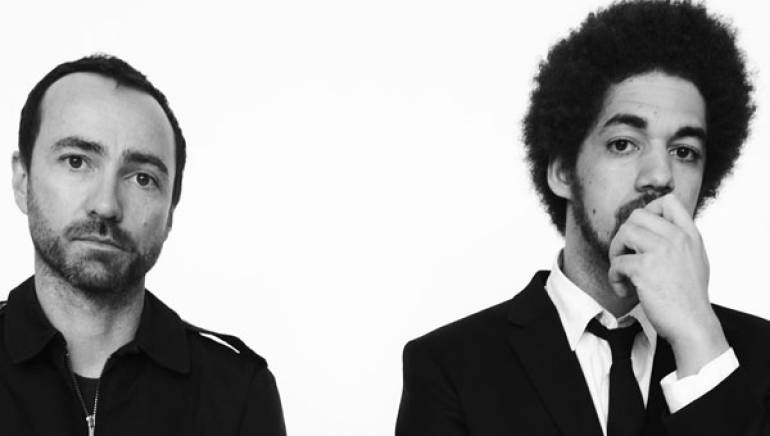 Six years ago, James Mercer and Brian Burton (now equal parts of Broken Bells) met on the ancient island Zealand, where they were both booked to play the Roskilde Festival —Mercer as frontman for indie rock band The Shins and Burton as fearless DJ/producer Danger Mouse. The two Americans — perfect strangers in a land of blighted Viking ships and throbbing nightclubs — got acquainted backstage, caught a Morrissey show together, and passed the next 24 hours in nearby Copenhagen, getting drunk and lost, and swapping compliments about one another’s work, of which they were only vaguely aware.

Back then, The Shins had just received their game-changing Natalie Portman endorsement in Garden State and Burton’s brilliant The Grey Album (which mashed together Jay-Z’s The Black Album and The Beatles’ White Album) hadn’t yet been universally declared the best thing ever. This was two years before Burton masterminded Gnarls Barkley’s “Crazy” and before things got, well, crazy.

By the time Mercer and Burton put their heads together for Broken Bells last year, they had to record in secret to ward off any extra attention. Between beers at Burton’s L.A. studio, the duo’s woozy, melodious songs came quickly. The sessions lasted deep into the night and were wonderfully fruitful.

Each Broken Bells song tears around in Burton’s wild and wonderful terrain for a bit, but then returns dutifully to meat and potatoes instrumentation — guitar, drums, and a real live string section. These are feel-good songs, even when the lyrics turn bleak. Here’s how that works: “I know what I know would not fill a thimble,” sings Mercer, before shrugging, “So let your mind go, let my mind go.”

For both men, Broken Bells came as an enormous relief. Mercer, who is eeking out another Shins album for 2011, bears the weight of writing all the Shins songs, and it can stress him out. Burton, meanwhile, has spent much of the last decade hammering away on other people’s albums — artists like The Black Keys, Beck and Gorillaz. He once told the New York Times, “I have to be in control of the project I’m doing,” but he’s relinquished much of that to Mercer, whom he admires the hell out of. The feeling is mutual, it seems, and the love-fest — released as Broken Bells this past March — is one of the finest albums of this year or any.