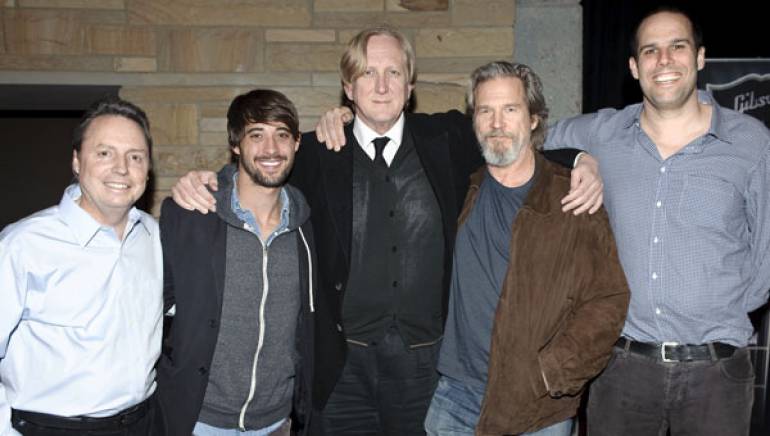 New West Records and the Country Music Hall of Fame & Museum sponsored the Nashville premiere of Crazy Heart on Tuesday, January 12. In Crazy Heart, the debut feature film from writer-director Scott Cooper, four-time Academy Award nominee Jeff Bridges stars as the richly comic, semi-tragic romantic anti-hero Bad Blake. Bad Blake is a broken-down, hard-living country music singer who’s had way too many marriages, far too many years on the road and one too many drinks way too many times. And yet, Bad can’t help but reach for salvation with the help of Jean (two-time Golden Globe nominee Maggie Gyllenhaal), a journalist who discovers the real man behind the musician. As he struggles down the road of redemption, Bad learns the hard way just how tough life can be on one man’s crazy heart.

The vivid storytelling also manifests in achingly beautiful music, most of which was co-composed by the iconic T-Bone Burnett. “The Weary Kind,” which Burnett co-wrote with ace newcomer Ryan Bingham, aptly serves as the film’s thematic anchor. Burnett, Bridges, and Bingham are all BMI songwriters; Burnett also serves as one of the film’s producers, while Bridges is an executive producer. With several Golden Globe nominations, including a Best Original Song nod for Burnett and Bingham, Crazy Heart is already generating considerable Oscar buzz.