Posted in MusicWorld on November 16, 2011 by Lisa Zhito 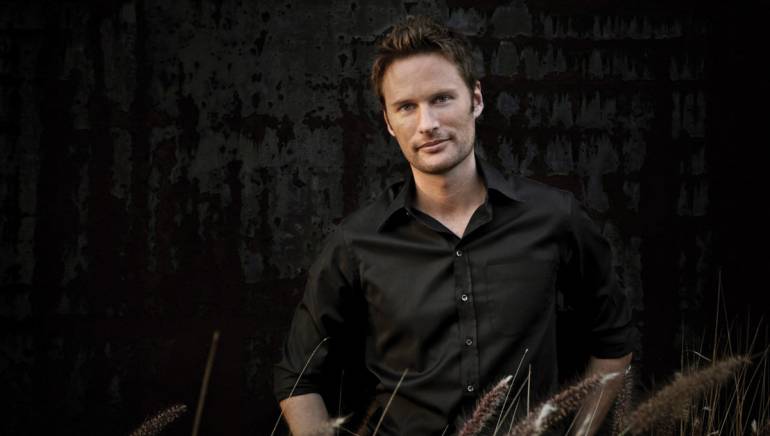 It’s no surprise to learn that Brian Tyler, the musical force behind such testosterone-laden films as Final Destination, Law Abiding Citizen and Rambo, likes to unwind with his own brand of high-octane entertainment — car racing, for example. The Los Angeles-based musician is as intense as the films, television shows and video games he scores.

“I love scoring,” he explains. “I love to get in there and really say something with the music, make something that isn’t sonic wallpaper. And it tends to be a lot of action films where you’re able to punch it up with nice big themes.

“That is kind of my mantra, I’m a big theme composer. Nowadays a lot of action music actually tends to be athematic and is more about energy. That is fine, but it’s not my style.”

In May, Tyler brought home four 2011 BMI Film & TV Music Awards for Fast Five, Battle Los Angeles, The Expendables and Hawaii Five-O, a stunning single-year haul for one composer. That’s typical of Tyler, who does everything big. Not only does he take on a superhuman amount of work at any given time, the multi-instrumentalist writes the scores, performs on them, conducts, even mixes and edits. Control freak? Well, yes.

“Actually, I’m a lot less of a control freak than I used to be,” he laughs. “In the early days I couldn’t let any aspect of these film-scoring projects go. I had to write it all, orchestrate it all, play the instruments, record it myself, mix everything, music edit everything … I’d even hand-deliver the hard drive to the dub station!”

Those days are long gone — almost. “I’ll still be the conductor. And the piano solos, guitars and drums are always by me.” The reason, he explains, is the personal nature of those solo instruments. “Especially piano for instance. I would really feel strange handing it over to someone else to interpret what I want.

“Also, it’s faster, it’s just more practical. I’m a pianist and a guitarist and a drummer; if I just get in there and do it, I don’t have to explain to someone.”