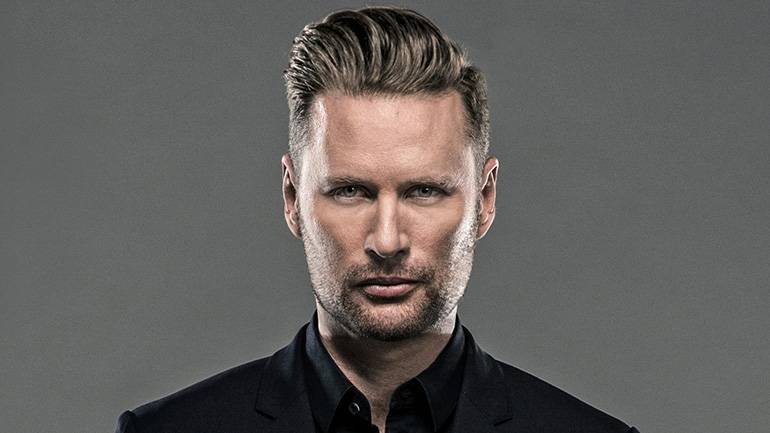 Year after year, vacationers from all parts of the world visit America’s first national park, Yellowstone, but rarely do they see its outskirts and the stories held within. Enter Paramount Network’s series Yellowstone, which takes the viewer on a compelling journey through the eyes of the Dutton family, owners of the largest contiguous ranch in the U.S. The family, led by patriarch John Dutton, (a.k.a. Kevin Costner) desperately (and not always admirably) tries to hold onto their interests while land developers, oil and lumber corporations, politicians, an Indian reservation, as well as the park, threaten to destroy their efforts. It has been said that the series “is the best and worst of America seen through the eyes of a family that represents both.”

With such a timely, yet classic, yet unique story, one would really have to think hard about how to score it and get all the twists and turns right. Enter award-winning BMI composer Brian Tyler, who did just that, and brilliantly so. (Catch him conducting the Yellowstone theme here.) BMI caught up with Tyler to talk about how his “less than perfect music” is perfect for the series’ “less than perfect characters.” Here’s his take:

Tell us about your involvement with Yellowstone. How did it come about?

I first had a conversation with the co-creator of Yellowstone, writer and director Taylor Sheridan. Not only is he an amazing Oscar-nominated writer, he’s also a phenomenal director. So when I learned he was going to write and direct every episode of this incredibly-sounding modern Western, I was completely intrigued. He wanted to approach it like a 10-hour movie with a slow burning arc. And he had heard some of my non-film work, some chamber music that was emotionally melancholy and stark. He asked me to score it after showing me some of what he was editing, and needless to say I was blown away and agreed to come on board to compose the score.

Sheridan asked you not to recreate typical Western-style music for the series, so you used a cello to create the main title theme. How did that idea come to you and how did you make that unexpected instrumentation work and not feel incongruent with the Western genre?

Our discussions regarding the music were very interesting. We wanted to turn the genre on its head while still capturing the essence of what makes Westerns great. Meeting Taylor’s challenge to create something wholly new for the Western genre was no small feat. My idea was to use music that was in the style of music that was the pre-cursor to what we now know as “Western.” There are many beautiful scores in a style influenced by the incredible pastoral music of Aaron Copland. Instead of doing that, I felt that since America is a land of immigrants, that its music is as well. The music of the old west is really an amalgam of folk music from around the world, created by those who came to America in the earlier days for various reasons. For instance, the sound of the show utilizes earlier European styled humble violin and viola solos in the style of music that was the vanguard of the old west. Humble roots of violinists that made their way to the new world were not the wealthy, they were what we now think of as “fiddlers” who would entertain during the desolate time of exploring early America. That combined with Native American, African, Scandinavian, Indian, Brazilian, and Chinese instruments enabled me to use a palette that was more unique. And of course, I wrote the themes in an ancient folk melody style which hopefully imbues Yellowstone with an old world feel.

The opening scene in Yellowstone has Kevin Costner having to mercy kill his injured horse. How did you manage to start with such an emotional scene and then proceed into the rest of the story? Are there composer tricks to achieve that transition from an edge of your seat sequence back into the story? How does it resolve?

That opening scene is a painfully and emotionally resonant one. It is so visceral. It is interesting to look back on that moment later on in the series to see just how metaphorical that scene is to the overall narrative. As a composer, this was the time to set the tone of the show. No decision in this story is easy for any of the characters. The tone falls firmly into the world of melancholy. The main theme on the cello came from that very scene to set the musical map of things to come. Since I wrote the theme in the style of a very ancient folk melody, that hopefully created an emotional shorthand for the viewer by creating ineradicable nostalgia.

Since the characters of Yellowstone are so interestingly flawed, I wanted the music to keep its rough edges. When I conducted the orchestra at Abbey Road I would limit our takes so that the musicians would never get too comfortable with the melodies to the point of perfection. I did not want to polish off the rough edges. There is beauty in human flaws, so I would usually use take one or two of the orchestra playing the cues.

The main title sequence was actually inspired by your score as opposed to the other way around. Tell us how that worked.

There was a scene that really informed me of what the emotional tone of the main title sequence. The main character of Kevin Costner encounters an unbearable tragedy of which spoke to me deeply. I began writing the theme on the cello after I had watched the opening scene. The main melody immediately came to mind, which eventually became the main theme.

I am composing the upcoming film Charlie’s Angels right now for Sony Pictures and director Elizabeth Banks and it is fantastic. A modern orchestral score set against natural instrumentation and groove that nods to the 70s. I am also writing the chamber music score for Fox Searchlight’s Ready or Not, which is directed incredibly by a new team that shot one of the most beautiful films I have ever seen. I am also teaming up with Taylor Sheridan on an upcoming movie project. Then I will reunite with the amazing director Justin Lin for his upcoming Fast 9. I am also deep into writing my Madsonik album.