BMI songwriters staked a claim to the vast majority of the 2008 Blues Awards handed out in Tunica, Mississippi May 8. The ceremony's inaugural staging in Tunica prompted excitement and sense of expectancy, and was heralded by many as a triumphant return to the cradle of the blues. Legends including Bobby Rush, Irma Thomas and Koko Taylor numbered among the night's big winners, while revered instrumentalists basked in the spotlight and soul, contemporary and historically-inspired projects received due recognition. 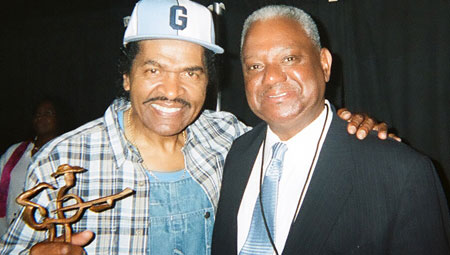 Bobby Rush (left) shows off one of his new trophies with BMI's Thomas Cain (right). 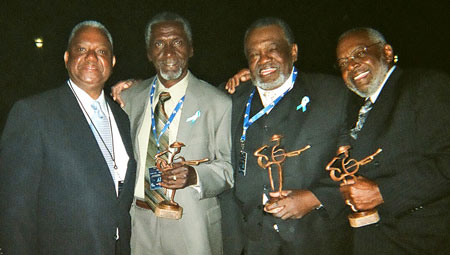 In addition to a Contemporary Blues Album of the Year win for Painkiller, acclaimed vocalist and guitarman Tommy Castro received the prestigious B.B. King Entertainer of the Year Award, while the coveted Pinetop Perkins Piano Player of the Year Award went to Honey Piazza. The Holmes Brothers' State of Grace also garnered Soul Blues Album of the Year honors for the beloved group, while musicians Robert Randolf, Bob Stroger, Kim Wilson, Bob Margolin and Deanna Bogart all took home awards touting mastery of their respective instruments. 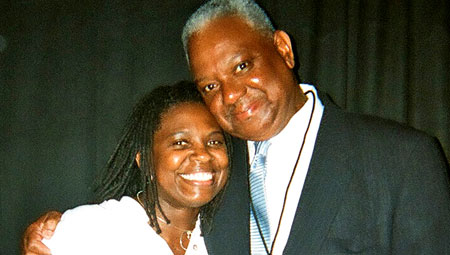 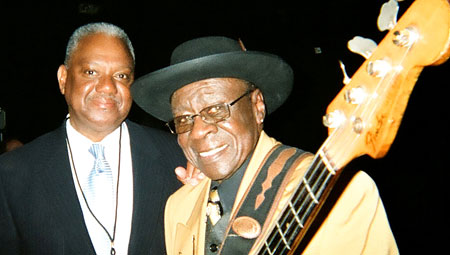 BMI's Thomas Cain (left) and bassist of the year Bob Stroger (right) smile for the camera.

The Blues Foundation was formed in Memphis in 1980 as a non-profit organization to preserve the rich heritage of the blues and promote excellence in blues music. Consisting of over 160 affiliated organizations worldwide, The Blues Foundations sponsors the annual Blues Music Awards, The International Blues Challenge, and the organization's "Blues In The Schools" educational program. For more information on the foundation's programs and history, please visit www.blues.org. 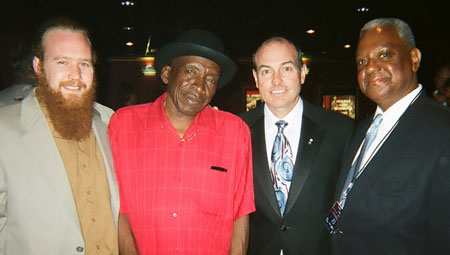 Blues DVD of the Year
Kenny Wayne Shepherd - 10 Days Out: Blues from the Backroads
(Reprise Records)

Historical Album of the Year
Muddy Waters & Johnny Winter - Breakin' It UP, Breakin' it DOWN
(Epic/Legacy Recordings)