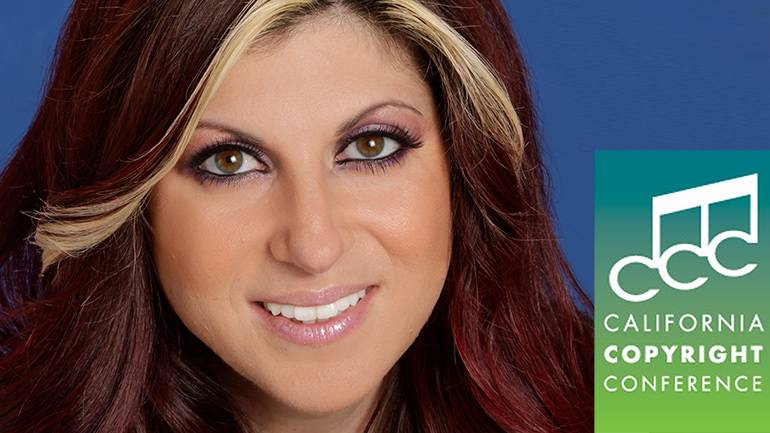 Broadcast Music, Inc. is proud to announce that Anne Cecere, Director, Film/TV Relations, has been elected Vice President of the California Copyright Conference (CCC) for the incoming 2013-2014 term. A member of the CCC Board of Directors since 2008, Cecere will start her term as VP in September. In her new role, Cecere will be assisting the CCC’s incoming President, Jeremy Blietz (who is Vice President, Administration at Warner/Chappell Music, Inc.), in overseeing the 60-year-old non-profit organization’s mission of educating the industry on copyright areas pertaining to music and entertainment. Cecere will also continue her duties as a member of the CCC John Braheny Scholarship Committee and the CCC Promotions Committee.

The CCC holds monthly meetings that feature a guest speaker or panel on a broad range of subjects of interest to the members, as well as an update on current litigation and legislation that affects the music industry. This distinguished group of CCC members currently includes publishers, songwriters, attorneys, representatives from trade publications, performing rights societies, motion pictures, television, multimedia, Internet and record companies. Past topics have included the performance rights in sound recordings, music licensing, television music, film music, the relationship between music agents, clients and the studios, interactive technology and the challenges of the Internet.

“It is an honor to be elected Vice President of the California Copyright Conference,” said Cecere. “The CCC has been a longtime leader in educating and informing our industry on matters relating to intellectual property with an emphasis on music. In addition, the CCC is an important member of our music community in spotlighting all matters pertaining to the music industry, along with the annual outreach of our scholarship program to future music industry leaders. I look forward to building on these rich traditions.”