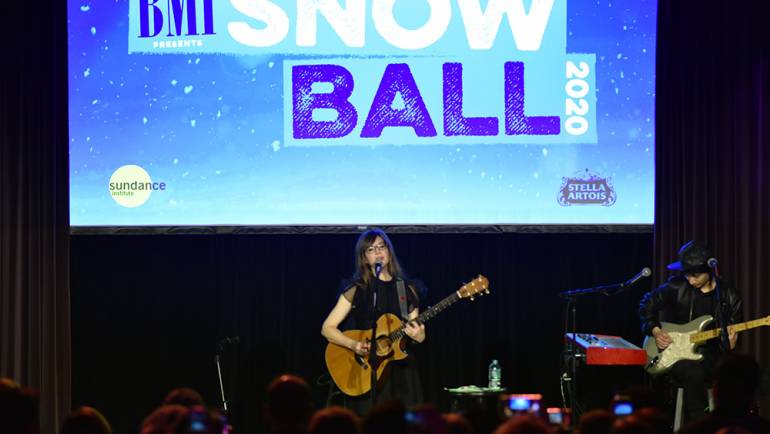 BMI hosted the 18th annual Snowball music showcase as part of its programming for the 2020 Sundance Film Festival on Tuesday, January 28 at The Shop in Park City, Utah. The all-female roster included performances from California-native songstress Chloé Caroline, who kicked off the evening with an alt-pop acoustic set that included songs such as “Gypsy,” “Forgive Me,” and “Confetti,” among others. The illustrious songwriter Georgia Ku followed with a vocally charged rendition of her latest work, which included “What Do I Do,” “So Close,” and “Hold On.”

The evening closed with GRAMMY-winning singer/songwriter Lisa Loeb taking the stage and playing a special rendition of her signature hit “Stay” for a packed house of festival attendees. Loeb also performed an acoustic version of “Skeleton,” the latest single from her upcoming album A Simple Trick to Happiness, set to be released in February.

BMI is proud to continue highlighting the importance of music at the Sundance Film Festival through its Snowball showcase, which has always featured a phenomenal mixture of iconic and budding artists.