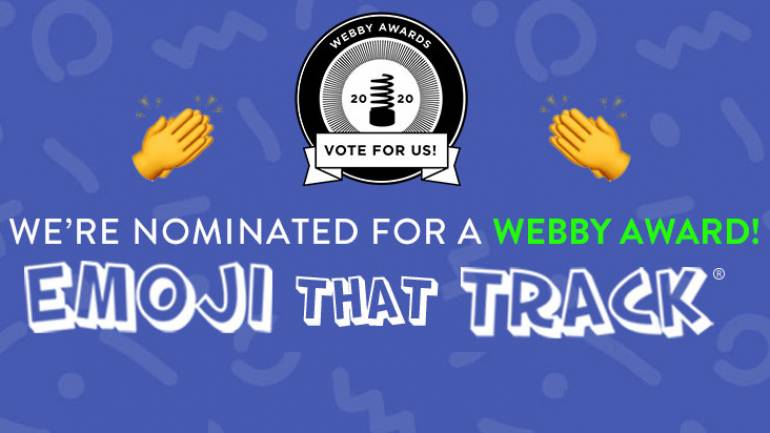 BMI’s popular social media video series Emoji That Track® has been nominated for Best Social Video in Arts & Entertainment at the 24th Annual Webby Awards. Winners will be announced and honored at an online ceremony on Tuesday, May 19. As a nominee, BMI’s Emoji That Track is also eligible to win a Webby People’s Voice Award. From now until May 7, fans from around the globe can help BMI win the internet’s top honor by going to https://bit.ly/VoteBMI.

Emoji That Track celebrates the art of songwriting and composing across multiple genres in a creative way where viewers can play along as well. Here’s how it works: song titles from BMI’s music creators are translated into emojis and then our songwriters and composers are asked to try and guess their songs or songs they’ve written for others. Emoji That Track has become a highlight of BMI red carpet events and festivals, often resulting in the songwriter or composer asking to take the emoji cards home to play with their family and friends. Some of the award-winning music creators who have participated include Sting, Kacey Musgraves, John Williams, Kirk Franklin, Terence Blanchard and Luis Fonsi, to name just a few. Watch the video below to see Emoji That Track in action.

“Emoji That Track celebrates the songwriters and composers behind our favorite tracks, while engaging them and their fans in a fun and unique way,” said Lyndsey McFail, Senior Manager, Social Media, BMI. “BMI’s mission has always been to champion music creators, so we’re thrilled that this Webby Award nomination is helping to shine a spotlight on the art of songwriting and composing.”

Hailed as the “Internet’s highest honor” by The New York Times, The Webby Awards, presented by the International Academy of Digital Arts and Sciences (IADAS), is the leading international awards organization honoring excellence on the Internet. From 13,000 entries, BMI’s Emoji That Track was singled out as one of the five best in the world and is in good company. Fellow nominees include Spotify-Hoff Productions (Best Advice), Academy of Motion Picture Arts (Oscars First Call), Goodby Silverstein & Partners (A Holiday Reunion with E.T.) and Twitter (#NiceTweets with Tom Hanks).

“Nominees like BMI’s Emoji That Track are setting the standard for innovation and creativity on the Internet,” said Claire Graves, Executive Director of The Webby Awards. “It is an incredible achievement to be selected among the best from the 13,000 entries we received this year.”

Stay connected with @BMI and @TheWebbyAwards on social media and be sure to follow #BMIsEmojiThatTrack to see new episodes. Don’t forget to cast your vote for BMI’s Emoji That Track by May 7- https://bit.ly/VoteBMI.