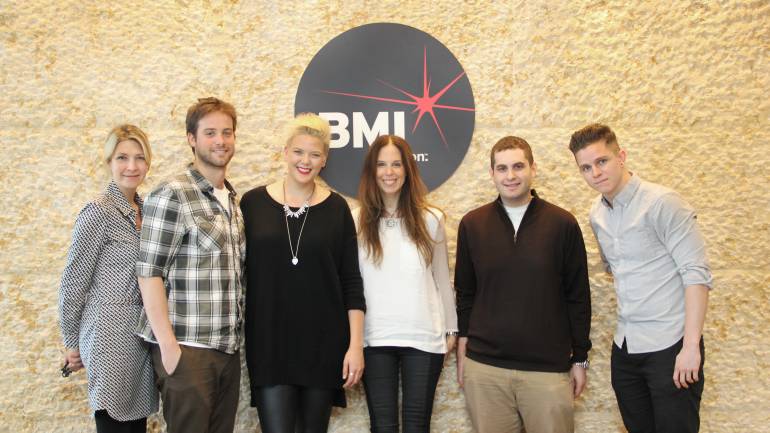 Broadcast Music, Inc. writer Betty Who just inked a deal with RCA after her single “Somebody Loves You” was used in a flash-mob marriage proposal filmed at Home Depot that went viral on YouTube. Before the more than ten million hits to the video, Jake Simon of BMI’s Writer Publisher Relations, New York, met Who as a student at Berklee College of Music, where Simon was speaking as part of BMI’s educational outreach to nurture new talent.

The 21-year-old Who stopped by BMI New York to again meet with Simon and other members of the Writer/Publisher team to celebrate her signing and debut EP, The Movement. Catch the video that started it all here.