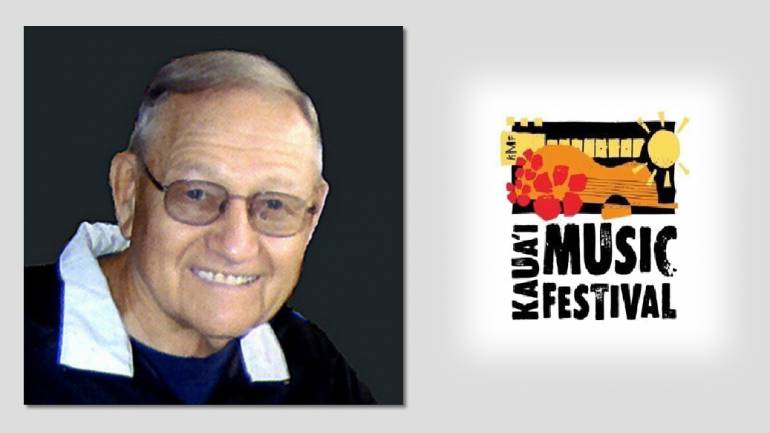 Glenn Erickson’s strengths as a songwriter span many genres: country, bluegrass, pop and blues. His themes include everything from love and relationships to narratives about freedom. While at the Kauai Music Festival, held in Kauai, HI, from July 30 to August 2, 2014, Erickson won the songwriting competition with “Margarita,” a song inspired by love at first sight and tequila. He took time to talk to BMI about his writing process, journey as a songwriter and his experience as a member of the BMI family.

Tell us a bit about your history as a songwriter. How long have you been writing? What songwriters have influenced you the most?

I wrote my first two songs at age 16; interestingly, both related to dreams…”I Dreamed” and “Do You Believe in Dreams?” Later in life, after many life experiences, I realized that some of my songs related to memories, which led to my writing one of my favorite songs: “Somewhere Between the Mem’ries and Dreams”…is where we live most of our lives.

At age 16, I didn’t relate as much to songwriters as I did to singers. On the popular scene, I especially enjoyed songs by Eddie Fisher, Pat Boone and Frank Sinatra. In country, it was artists like Eddie Arnold, Jim Reeves and Ray Price. Later, I would say that my number one songwriter influence was Kris Kristofferson, who wrote songs that I could identify with.

Is the KMF songwriting contest your first win?

At my first attendance at KMF, one of my songs, “Not For Anything,” was selected among the top six songs for the competition. I like to think I came in fourth, as only the first three songs received awards. And I’ve had songs selected by NSAI for their committee to publishers meetings… and a dozen or so of my songs have been published by smaller publishers in Nashville.

What does this recognition mean to you?

It incentivizes me to work harder to write more songs that listeners will identify with and want to hear over and over, and validates to me that my writing craft is reaching a level that will allow me to do this.

Tell us a bit about the writing and demo process of “Margarita.” Did you do any rewriting of either the lyrics or melody or did the story and twist all come together at once?

The concept of the twist, converting Margarita from a woman to the drink, was foremost in my mind when I began writing the song. Then the story seemed to flow fairly easily, with a few rewrites that helped to make the story more interesting and surprising to the listener; and the melody seemed to fall into place. The demo was done by Jackie Cook at the Song Cellar in Nashville. When he offered choices of a vocalist, I was pleased to select Dave Parks, who had demoed songs for me in the past. I valued his ability to insert a sense of humor into his voice when appropriate, and I feel that it paid off in this instance.

When it was done, did you know you had a winning song on your hands?

I felt very good about it. Earlier, I had submitted “Margarita” to NSAI for critique, and it was selected for their committee / publisher meeting, which validated my own feelings about the song, but I have to confess that I was happily surprised to have my song selected as the winner of the KMF contest. The competition was awesome. It was especially helpful when it was explained by the KMF staff that this was not American Idol, but a song contest, suggesting that we need to listen to the words.

What was your inspiration for the song?

As stated, the inspiration came from an idea to present Margarita, initially, as a lover. Then, it became a fun challenge to find ways to make the words fit both the beautiful woman and the drink.

What other projects are you working on?

I have a list of potential song titles, and a folder full of semi-finished lyrics that I pull out from time to time, and look for ways to improve the storyline. More times than not, I put them back in the folder for future reference. But some get thrown out, and once in awhile, one might impress me enough to get serious about completing it. In the process of continued review of the lyrics, a melody seems to develop that I can either accept or reject for a better possibility. New ideas are always popping into my head from things I see and hear around me. Example: recently, I saw a beautiful butterfly floating around the front yard, and I thought to myself, ‘What if we could borrow the wings of a butterfly?’ The song is now in my collection of perhaps 500 songs.

I want to spend some time and energy on promoting my songs, so I’m planning a trip to Nashville to do some networking with new and established connections, and, of course, I’m very enthused about speaking to BMI about my song, “Margarita.”

Do you have any advice for other songwriters?

I do. There are so many resources available to us as songwriters – seminars, music festivals, books, videos, NSAI and PROs that are able and willing to help us to improve on our songwriting craft. Noting that most of the writers at KMF were considerably younger than me, I would advise them to keep learning and sharpening their abilities, making use of all of the resources available to us. I also believe that co-writing can be very beneficial to us, especially if one is primarily a lyricist or a musician, even though most of my songs have been written solo, including “Margarita” (mainly because I was busy running a business for much of my creative life). I feel that I have used collaboration to my benefit in more recent times, and I want to do more of it in the future.

Many of my music associates have indicated that they are members of BMI, so when I made my decision, it was a logical one. Each time I would visit Nashville, I would make it a point to visit the BMI office and in so doing, I became acquainted with some of the BMI associates, who would listen to a few of my songs, and provide insight into what is currently playing on country radio and why. I found them to be very helpful and supportive.