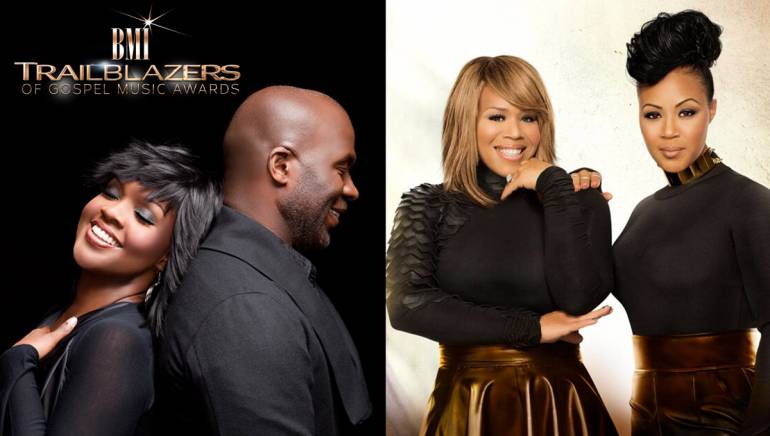 Gospel music superstar sibling acts, BeBe & CeCe Winans and Mary Mary, will be honored at the 17th annual BMI Trailblazers of Gospel Music Awards at the Rialto Center for the Arts in Atlanta, GA, on January 16, 2016. Hosted by former Trailblazer recipient and renowned gospel singer-songwriter, Yolanda Adams, this special night will pay tribute to the best in the gospel music community.

“BMI is thrilled and privileged to once again bring the leaders in gospel music together for one of the most unique and moving celebrations in music today,” said BMI Vice President, Writer-Publisher Relations in Atlanta, Catherine Brewton. “The ability to honor superstars BeBe & CeCe Winans and Mary Mary, as well as other gospel trailblazers in a city as steeped in musical history as Atlanta, will make for a truly inspirational night filled with incredible performances.”

BeBe & CeCe Winans were born for musical greatness as members of the Winans family, a dynasty in the world of gospel music. Though they each have impressive solo careers and have taken the time to focus on their individual talents, as a pair they have made musical magic. Their legacy, spanning more than 25 years, has granted them many accolades, including sixteen GRAMMY Awards, twenty three Dove Awards and four Soul Train Awards. Together they have sold more than five million records worldwide, and in May 2015 were inducted into the GMA Gospel Music Hall of Fame. Additionally, a new stage musical, Born For This: The BeBe Winans Story, will premiere in April 2016 at the Alliance Theatre in Atlanta.

Legendary sister act Mary Mary, featuring the soul-stirring vocals of Erica and Tina Campbell, has successfully crossed genres by blending gospel and contemporary music with the smoothness of R&B. Since the duo began more than 15 years ago, the sisters have proven their star power with five studio albums, two of which reached No.1 on Billboard’s Top Gospel Albums. Now a household name in the industry, Mary Mary has also conquered the world of television with their own self-titled series on WE tv, and as judges for more than five seasons on BET’s gospel singing competition show, Sunday’s Best. Some of their many accolades include four GRAMMY Awards, four BET Awards, seven Dove Awards and two American Music Awards. In addition, they have graced the covers of Ebony, Jet, and Sister 2 Sister Magazine, to name a few.

The invitation-only event, which is part industry celebration and part awe-inspiring worship service, will be attended by gospel music’s premier songwriters, brightest stars and leading industry executives. In addition to honoring BeBe & CeCe and Mary Mary, BMI will also announce the Most Performed Gospel Song of the Year at this memorable ceremony.