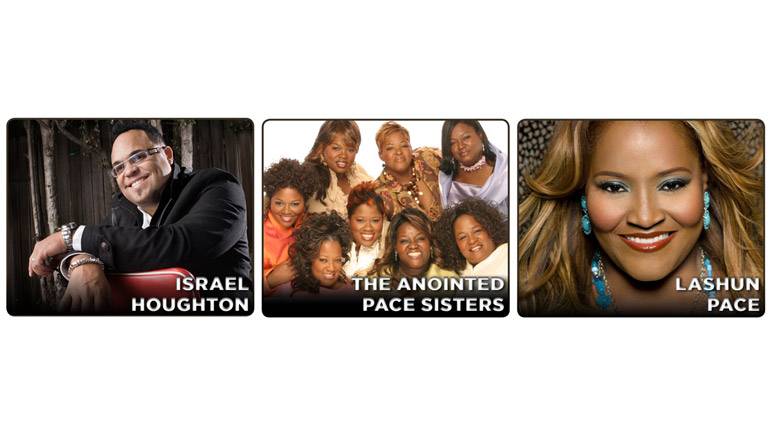 The event, previously held in Nashville, will be hosted at the Rialto Center for the Arts in Atlanta. “I’m thrilled to bring the fete to Atlanta this year and to honor these revered luminaries of gospel music,” said BMI Vice President, Writer-Publisher Relations, Atlanta, Catherine Brewton. “Atlanta has a rich musical history and it’s the perfect setting to laud Israel Houghton, LaShun Pace and The Anointed Pace Sisters.” Atlanta’s Mayor Kasim Reed also greets the revelers with open arms: “As mayor of the city of Atlanta, it is my pleasure to extend a warm welcome to BMI and the attendees of the 2015 Trailblazers of Gospel Music Awards,” he said.

This year’s honorees are comprised of talents who are deeply rooted in the gospel genre. Israel Houghton, a prolific worship leader and singer-songwriter-producer, has been at the helm of his own music ministry for 22 years and has worked on more than 50 albums as an artist or producer. In 1995, he formed New Breed Ministries, giving way to Whisper it Loud and Way of the World, debut releases from 1997. Since then, Houghton has released 11 solo and group CDs and has reached consistent commercial success with Billboard chart toppers like New Season, Power of One and his most recent release, Jesus at the Center. Houghton has garnered countless accolades throughout his career, including five GRAMMY awards, 13 Dove awards, two Stellar awards and a Soul Train award.

The Anointed Pace Sisters’ storied career ranges from singing as children in local talent competitions in their native Georgia, to wowing audiences with their mellifluous harmonies on national television networks such as BET. Their debut release, U Know, climbed to number two on the Billboard Gospel Album chart and spawned the hit singles “When God is in the Building,” “Safety Zone” and “Be a Fence.” Their success laid the groundwork for group member and sister LaShun Pace to launch a successful solo career. Pace’s first album, He Lives, featured her opus “I Know I’ve Been Changed.” Several memorable albums followed, including Shekinah Glory, as well as various accolades, including being inducted into the Christian Music Hall of Fame, multiple Stellar awards and a Soul Train Lady of Soul award. Collectively, LaShun Pace and The Anointed Pace Sisters have a discography and legacy worthy of celebration.

BMI is proud to honor these towering talents and celebrate their legendary contributions.