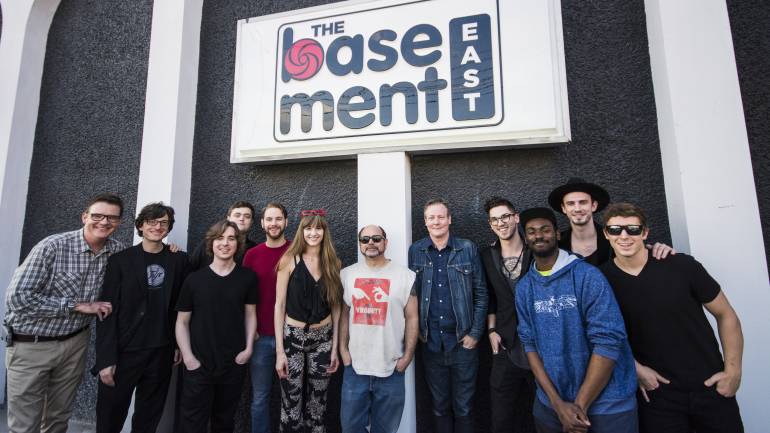 The kick-off Eastside Sounds showcase, held April 29 at the new Basement East venue in East Nashville (a.k.a. The Beast), gave the stage to three of Broadcast Music, Inc.’s up-and-coming independent voices. Andrea Davidson, hailing from Kentucky, was first to take the mic, bringing her light, folksy tunes to a nearly packed house. Next up was BMI SXSW performer and bluesy-rocker Cody Brooks, who was a force to be reckoned with, tearing through his set on the guitar. Wrapping up the event, the nine-piece Joel & The Gents brought the big band sound to the Beast, engaging the audience with their upbeat pop-rock tunes. The free showcase will be held monthly, bringing burgeoning independent artists to East Nashville.