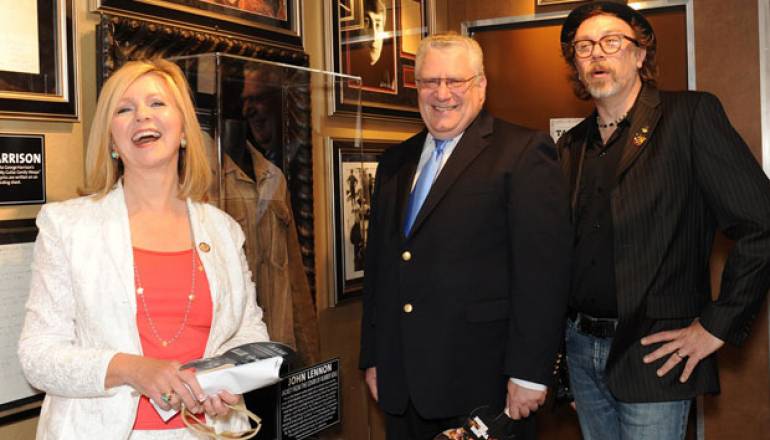 BMI Senior Vice President, Government Relations Fred Cannon made arrangements for the Hard Rock Memorabilia Bus to make its Washington, DC stop in the shadow of the west front of the U.S. Capitol, just steps away from the entrance to the Capitol Building Visitor’s Center.

BMI and Hard Rock Washington, DC marketing executive Jordan Rosenblatt hosted a VIP reception attended by members of Congress, including Representatives Marsha Blackburn and Ted Deutch, and congressional staffers from both sides of the aisle and both houses of Congress. Representative Blackburn is the Chair of the Congressional Songwriters Caucus.

“Events such as this give us an opportunity to celebrate the contributions of these great songwriter/artists to world culture,” said Cannon. “We were happy again to collaborate with our partners at the Hard Rock in Washington.”