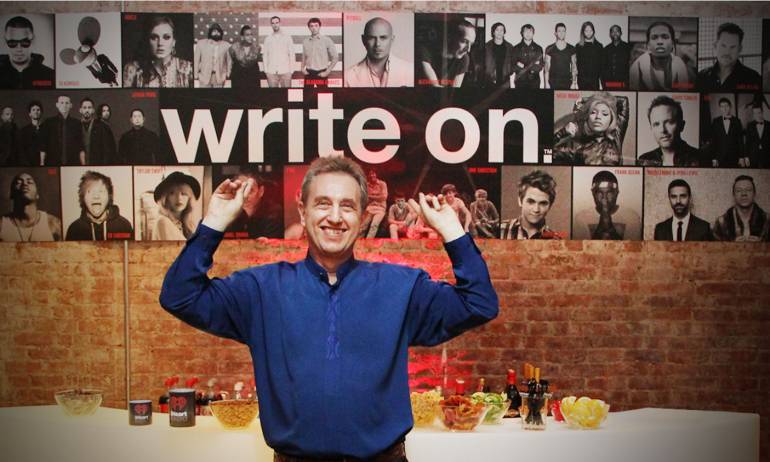 There’s no better time than Creative Week in New York City – when advertising, design and digital media converge with the arts – for Broadcast Music, Inc.® (BMI®) to drive home its recently launched corporate positioning campaign focused on its leadership, heritage and innovation within the music industry.

On May 7, BMI presented at the inaugural Association of Music Producers (AMP) Awards, which serves to honor the brands and music creators whose sonic achievements – in song, original score and sound design – have left an indelible mark on our consciousness. An event that aligns with BMI’s mission of valuing music and managing the rights associated with it wherever music is publicly played, the Awards were hosted by Jim Kerr (Q104.3 Radio NYC) and included live performances by Caveman and Quadron, with DJ sets from French Horn Rebellion and Savoir Adore. The Coca-Cola Company and McDonald’s Corporation were both honored with Hall of Fame inductions.

As someone who epitomizes what BMI is all about, film/TV composer Rick Baitz presented on the Company’s behalf at the AMP Awards in the following categories: Best Use of Music for a Film Trailer or Game Promo, which went to Copilot Strategic Music for “Drunken Whaler,” Dishonored/Bethesda Softworks; Best Use of Music / Sound for Web or Interactive Branding, which went to both Yessian for “Compilation” for Nick Cave’s Dream Bigger Dreams, and Antfood for “Metamorphosis” for Good Books; and Outstanding Mix (Broadcast Commercial), which was awarded to Blast for “One Block” for Sony Xperia Ion.

Upon announcing the winners, Baitz commended his fellow creatives on their extraordinary work. “I’m blown away by the artistry of the people in this room. In creating this music, you have to have tremendous attention to detail, but the music has to flow. I think you’re amazing,” said Baitz, who leads BMI’s film scoring workshop, “Composing for the Screen,” and has crafted music for such films as Who Cares About Kelsey (which premiered at the 2012 Woodstock Film Festival); HBO’s The Vagina Monologues and Life Afterlife; the award-winning PBS documentary Body & Soul: Diana & Kathy and the Sundance-honored The Education of Shelby Knox.

“We are so proud to have BMI as a partner in the inaugural AMP Awards as we celebrate the centricity of music and great advertising creative,” said Matt Scheckner, President & CEO of Stillwell Partners, the independent consultancy that runs Creative Week and is also behind Advertising Week in September.

In addition to the award presentations, the event featured a BMI-branded V.I.P. Lounge where attendees networked, enjoyed passed hors d’oeuvres and an open bar. On display were some of the creative elements of BMI’s new corporate positioning campaign, including a refreshed logo and the slogans “Write On” and “Valuing Music Since 1939.”